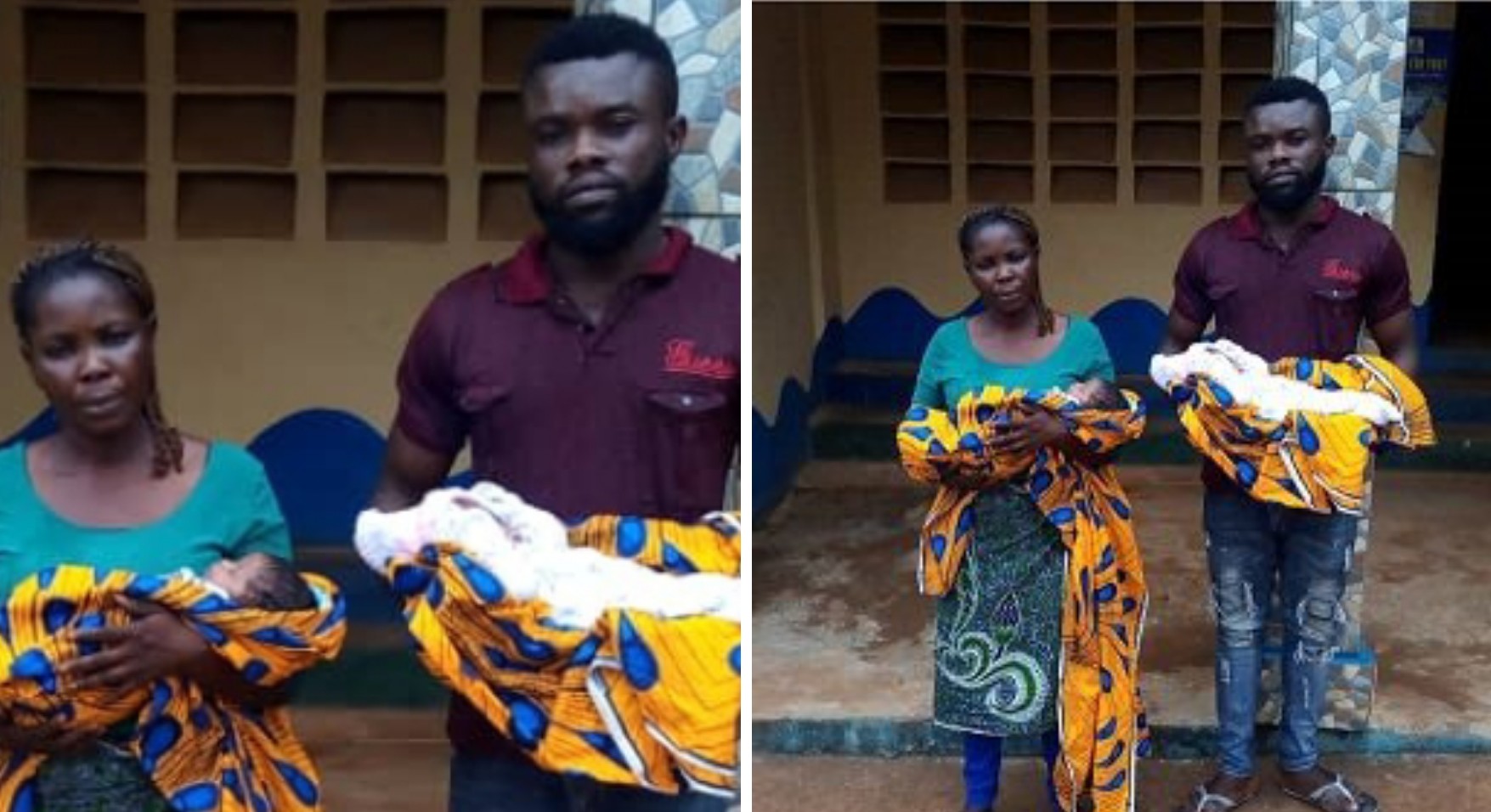 A man have been arrested by operatives of the Anambra State Police Command after he decided to sell a set of female twins his ex-girlfriend was delivered of through Caesarean Section to another woman for N150,000.

The man, Chijioke Chukwulota, aged 31 years, who is said to hail from Imo State but resides at Uruagu village, Nnewi, Anambra State, was arrested by operatives attached to the Command Special Anti-Cult Unit (SPACS) alongside the lady who allegedly bought the twins, Tina Ibeato.

According to a statement by the state police command through its spokesman, Haruna Muhammed, a Superintendent of Police, the duo were arrested around 6.10 p.m. on Monday following intelligence gathering about the act.

According to the statement, the man impregnated his ex-girlfriend (names withheld) and the lady was delivered of a set of female twins on September 4 through Caesarean Section and while she was recuperating from surgery, Chijoke came to the hospital and fled with the twins.

He was said to have contacted Tina who came all the way from Imo State to Anambra State and who apparently was childless. He then sold the twins to her for N150,000 before their lid was blown open on Monday evening when they were arrested.

According to the statement, “On the 21/9/2020 at about 6:10 pm, following credible intelligence, police operatives attached to the Command Special Anti-cult unit(SPACS) arrested one Chijioke Chukwulota, aged 31 years of Imo State but resides at Uruagu village, Nnewi, Anambra State.

“The suspect lured his ex-girlfriend whom he impregnated and stole the children (twins baby girls) aged about two months on the 4/8/2020 after she gave birth to them through a Caesarean Section and sold same children to one Tina Ibeato of Imo State at the rate of N150,000.

“Meanwhile, both the two suspects have been arrested and the children recovered in good condition. Investigation is ongoing after which the suspects would be brought to book.”