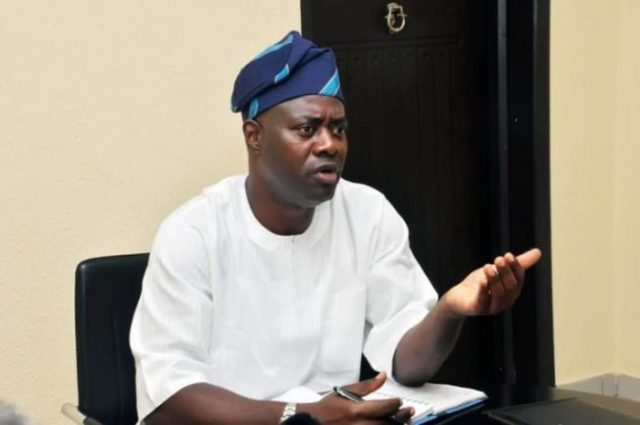 State Commissioner for Education, Science and Technology, Mr Olasunkanmi Olaleye disclosed this while briefing journalists on the outcome of the state executive council meeting held on Tuesday.

It will be recalled that Governor Seyi Makinde had on September 9 announced revocation of the former contract citing the slow pace of work and failure of the contractor to carry out work on the road that is commensurate with fund got.

Speaking on Tuesday, Olaleye said about former contractor failed to justify the receipt of N3billion for a project awarded in December 2016 at the cost of N8.2billion with a completion period of 18 months.

He added that the re-award was in the state government listening to complaints of many, especially Saki residents, who have nightmarish experiences plying the road coupled with constant health breakdown.

“The contract will be completed within 12months. As you know, the last administration awarded the project for over N8billion and above N3billion was paid and yet nothing much has been done on that job and it has caused untold hardship on the people of Saki to the extent that the whole town has been pleading that the contract is re-awarded. Having reconsidered the matter very critically, the state re-awarded the project in the interest of the people.”

Other decisions reached at the meeting include approval for the purchase of a modern fire-fighting truck for the Ibadan Airport of the Federal Airport Authority of Nigeria, the award of the Gedu-Oroki-Sabo-Ashipa road in Oyo Township at a cost of N2.9 billion as well as the passage of Ministry of Energy and Mineral Resources 2020 bill to the state House of Assembly.