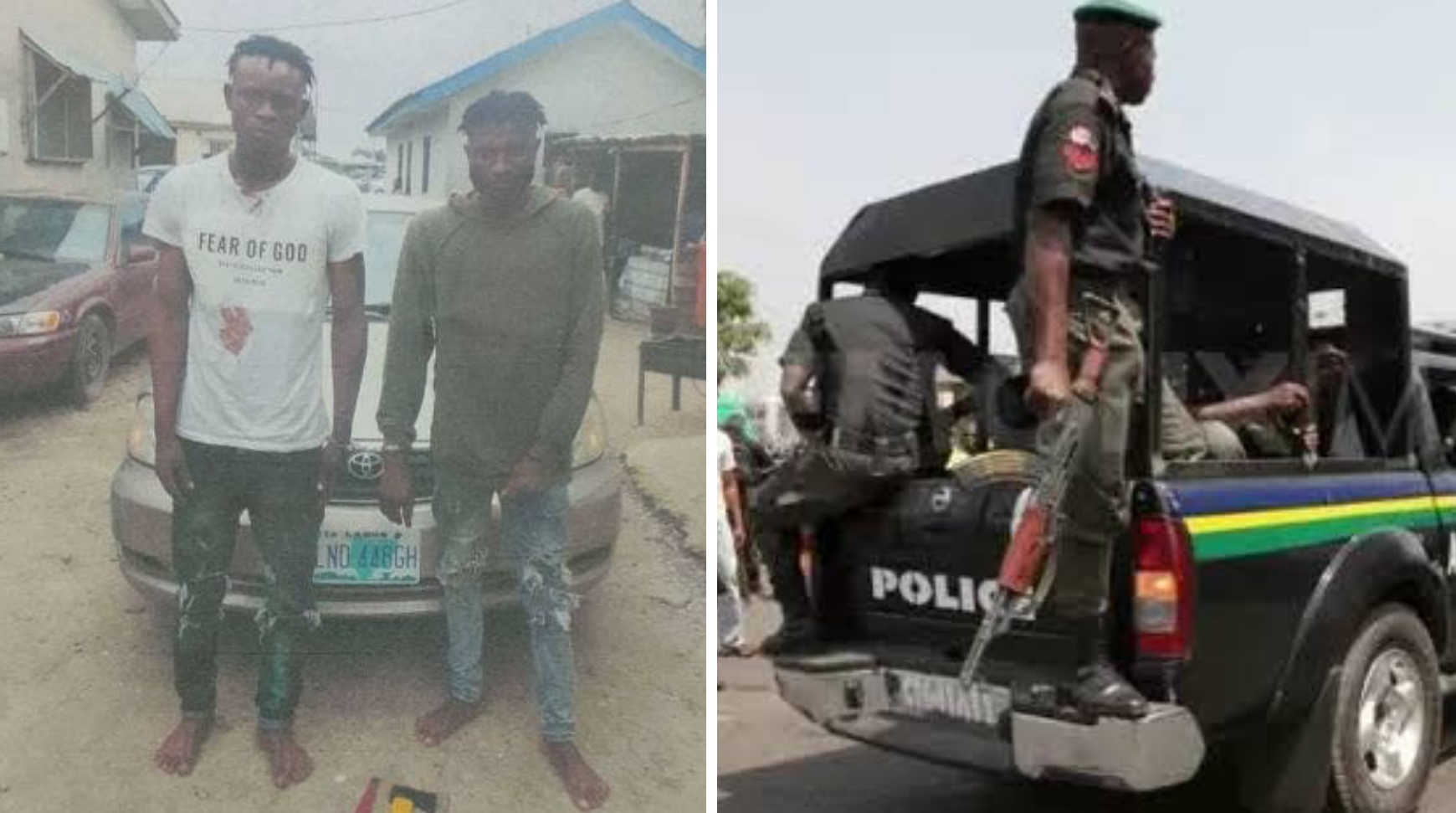 Two suspected members of a robbery gang that specialized in attacking Uber drivers and snatching their vehicles at gunpoint have been arrested by policemen attached to Area ‘J’ command of the Lagos State Police command.

The suspects who posed as passengers, ordered for an Uber ride at about 11.30 pm, last Sunday.

While the unsuspecting driver was conveying them to their destination in Ajah area of the state, the suspects attacked him with an axe, on reaching Abijo Government Reserved Area, Ibeju Lekki, causing him to lose control of the steering.

Thereafter, they put him at the passenger’s corner and zoomed off in the Toyota Corolla car with plate number LND 448 GH.

The Area ‘J’ Commander, ACP Olugbemi Gbolahan, who was alerted by motorists who witnessed the operation, reportedly dispatched a team of policemen to the scene.

The stolen vehicle was later traced to Mayfair Garden, Ibeju Lekki, where the suspects were arrested.

According to him: “ An axe stained with blood and one knife were recovered from the suspects.

The driver, who was seriously injured, is receiving treatment at a hospital within Lagos State.

“The Commissioner of Police Lagos State, CP Hakeem Odumosu, has ordered for discreet investigation into the case and also warned those planning to engage in criminal acts or have been involved in one crime or the other to desist and flee Lagos State, or have same fate befall them”.