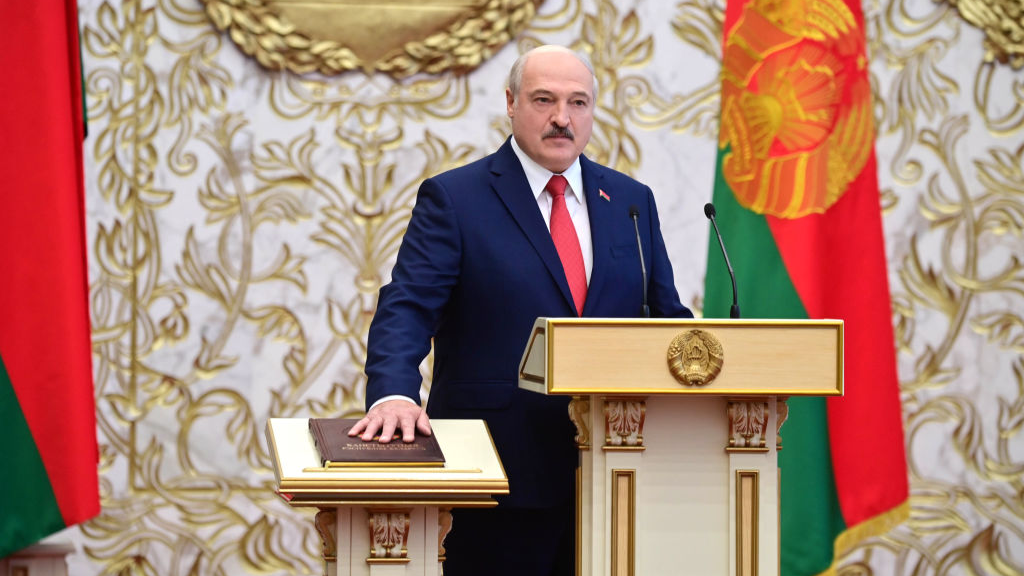 Alexander Lukashenko’s inauguration as president of Belarus lacks legitimacy and contradicts the will of large parts of Belarus, says the EU.

Lukashenko, whose critics refer to him as Europe’s last dictator, was declared the winner of the country’s August 9 presidential elections. But Brussels and the opposition movement consider the election rigged in his favour.

State news agency Belta reported that Lukashenko’s inauguration, which was not announced in advance, took place in the capital of Minsk on Wednesday, with several hundred top government officials present.

“This ‘inauguration’ directly contradicts the will of large parts of the Belarusian population, as expressed in numerous, unprecedented and peaceful protests since the elections, and serves to only further deepen the political crisis in Belarus.

“The European Union’s position is clear: Belarusian citizens deserve the right to be represented by those they freely choose through new inclusive, transparent and credible elections.

“We are impressed and moved by the courage of the Belarusian people who continue to demonstrate peacefully for democracy and for their fundamental rights despite the brutal repression of the Belarusian authorities. We stand in solidarity with them and fully support their democratic right to elect their President through new free and fair elections under the OSCE/ODIHR’s supervision.

“We reiterate our expectation that the Belarusian authorities immediately refrain from any further repression and violence directed against the Belarusian people and immediately and unconditionally release all those detained, including political prisoners.”

Earlier this week he said the bloc’s credibility was on the line after Cyprus blocked sanctions against Minsk over the August 9 poll and the violence of the subsequent crackdown on protesters.

On Wednesday, more than 5,000 people gathered in Minsk to protest against Lukashenko’s inauguration.

Authorities deployed water cannons and tear gas to break the crowd up.

About 700 people were invited to the inauguration according to the press service of the Presidency.

In his speech, Lukashenko said he will “create conditions for the development of a real (…) party system” through a “new constitution”.

“I am absolutely convinced that the only formula for Belarus to survive is a strong power,” he declared after committing that they “sort out our problems, come to an agreement, ensure the cooperation of all sections of society with respect for the rule of law and mutual respect” without “any external participation”.