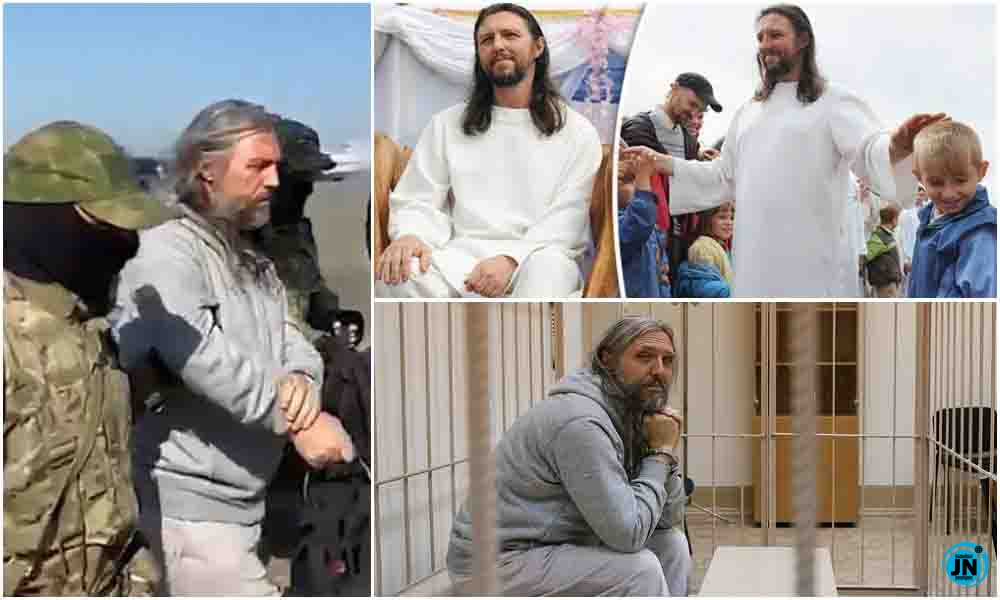 59-years old cult leader who claims to be the reincarnation of Jesus has been arrested in Russia.

According to The Guardian, Sergei Torop, 59, will face charges for organizing an illegal religion and extorting money from his cult’s members, whom he allegedly emotionally abused.

Russia’s federal security forces conducted a special operation involving helicopters and armed officers to storm the cult in Siberia and arrest Torop, a former traffic cop known to his thousands of followers as Vissarion, and two of his aides.

After losing his traffic officer gig in 1989, Torop said he experienced an “awakening” that inspired him to launch a movement called the Church of the Last Testament, which blends Christianity with environmentalism and other values.