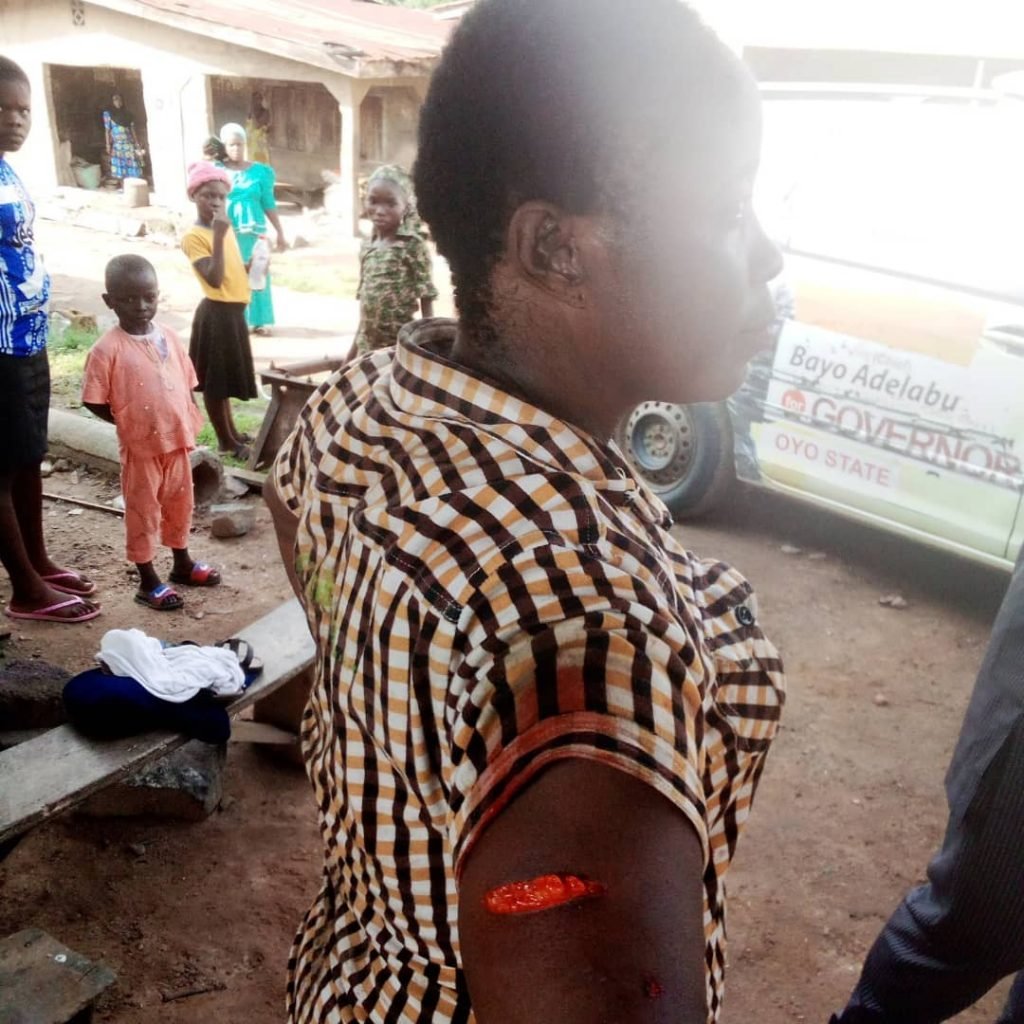 A woman leader in the All Progressives Congress has been left in serious pain after being stabbed by the party’s chairman.

The Chairman of the All Progressives Congress (APC) in Ogbomoso South Local Government Area of Oyo State, Mr. Kamorodeen Abisoye may have landed himself in trouble after allegedly stabbing the woman leader of the party, Mrs. Felicia Ogunleke.

DailyPost reported that Abisoye allegedly stabbed the woman leader of his party this morning.

It was learnt that the party Chairman stabbed Ogunleke with broken bottles.

The duo of was gathered, belonged to different factions of APC in the state.

Abisoye when asked for his response said he was not ready to speak to journalists.

Public Relations Officer of the State Police Command, Mr. Olugbenga Fadeyi, when contacted said he has not been briefed about the incident.

Fadeyi in a telephone conversation with DAILY POST said, “You know it just happened this morning. I will get the details later”.

READ  19-year-old stabs his neighbor’s daughter to death while under the influence of codeine (graphic photo)
Share this Post[?]