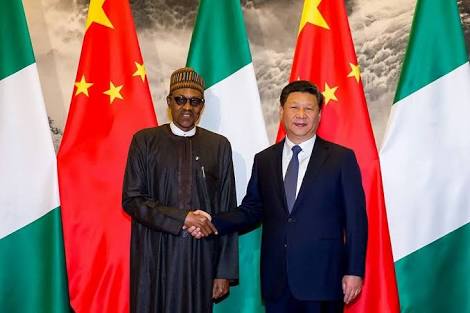 President Muhammadu Buhari has expressed delight that the bond of friendship between Nigeria and The People’s Republic of China has continued to strengthen.

A statement issued by Femi Adesina, Special Adviser to the President (Media and Publicity) said this was contained in a letter of felicitation to President Xi Jinping on the occasion of the 71st Anniversary of the proclamation of the Republic of China, and the country’s National Day.

He said though COVID-19 pandemic has caused disruptions in the economies of the world, “it, however, gladdens my heart that despite this, our two countries have remained steadfast, and supported each other.”

President Buhari commended the government of China for being supportive of the infrastructural revolution of Nigeria.

The letter read in part: “On the occasion of the 71st Anniversary of the proclamation of the People’s Republic of China, I send warm greetings to you on behalf of myself, the Government and people of the Federal Republic of Nigeria.

“I rejoice with the Chinese people both at home and abroad on this happy occasion. Since the formal establishment of bilateral relations over 40 years ago, the bond of friendship between our two nations has continued to strengthen.

“Under the purposeful leadership of the Communist Party which you now head, China has been able to pull over 700 million people out of poverty in the last four decades.

The Chinese experience on poverty reduction and positive economic growth will be instructive in our commitment to pull over 100 million out of poverty before 2030 as we implement our Agenda 2050 and the Medium-Term National Development Plan 2021–2025.

“The outbreak of COVID-19 has caused disruptions in the socio-economic plans of every country of the world. It, however, gladdens my heart that despite this, our two countries have remained steadfast and supported each other.

“Mr President, the Chinese government has been very helpful in the realisation of the developmental agenda of Africa, evident through the outcomes of the Forum on China-Africa Cooperation which is in its 20th year. You have also been supportive towards Nigeria’s infrastructural revolution for which I am grateful.

“As you celebrate on October 1st, which fortuitously is the same National Day as ours, the Government and People of China are invited to participate in the year-long activities that will mark the 60th Anniversary of the Independence of Nigeria.”