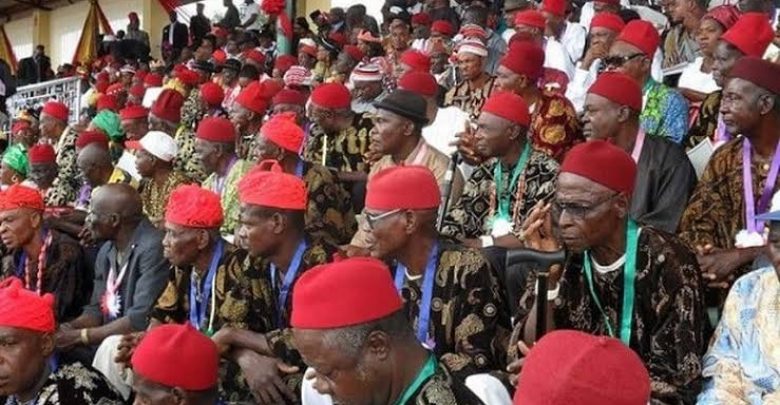 The youth wing of Ohanaeze Ndigbo, an Igbo social cultural organisation has insisted that it will continue to support the Indigenous People of Biafra (IPOB) in their new alliance with the Yoruba One Voice (YOV) in their quest for a self determination.

This was disclosed to newsmen by the Spokesperson of the group, Desmond Nkeoma in Owerri, yesterday.

“Ohanaeze youths will continue to support the sit-at-home order of IPOB and YOV as long as it remains non-violent.”

In a similar development, the Indigenous People of Biafra (IPOB) has implored the people of the South East not to flout its sit-at-home order on October 1.

The group said no amount of intimidation would stop its members from enforcing it.

IPOB’s Director of Media and Publicity, Emmanuel Powerful said the group was determined to liberate the people of the South East and enjoined the masses to support its cause.

Powerful said the propaganda of the Federal Government and its collaborative state governments in the South East would not deter its determination and warned that markets and other businesses should remain closed on October 1.

He also denied that the group was responsible for attacks against any security agents in any part of South East.

“We want to sound a note of warning to these hirings, especially the purported INM peddling lies against IPOB to desist forthwith or be ready for the consequences of their blackmail against innocent people.

Unfortunately, for them the era of propaganda and cheap blackmail is gone. Frivolous and concocted allegations designed by DSS and government of Nigeria to blackmail IPOB can no longer stand.

The world now knows better. IPOB’s non-violent ideology about the Biafra project is well known and cannot change. But the inalienable right of the oppressed to defend himself against the oppressor is not illegitimate.”

The group reiterated that it was not armed and had no plans to pick up arm, “but should we decide to go into arms struggle which is not on the table, it will not be a secret affair. We won’t depend on arms collected from any security agent to defend Biafra.