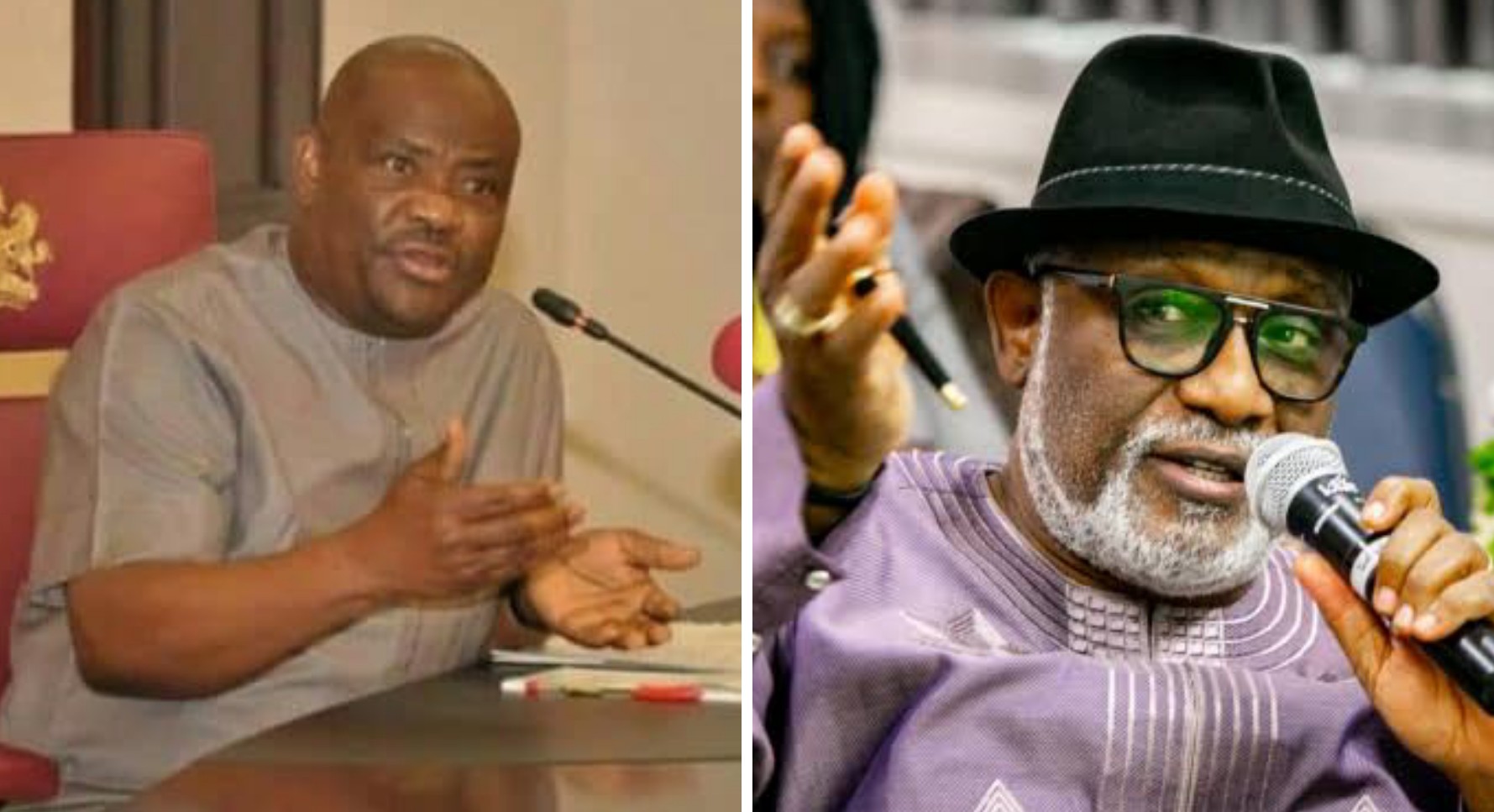 Rivers State Governor, Nyelson Wike, has declared that his Ondo State counterpart, and governorship candidate of the All Progressives Congress (APC) in the state, Mr. Rotimi Akeredolu lacks the power to ban him from visiting the state.

Wike said he could visit Ondo State anytime he wished to do so, as the constitution guarantees him the right to do so.

Wike, featuring on a live television programme monitored in Akure yesterday, said Governor Akeredolu lacks the moral and constitutional rights to stop him from visiting Ondo State or supporting his political party, the Peoples Democratic Party (PDP), in the forthcoming governorship election.

Akeredolu had last week declared Governor Wike a persona non-grata in Ondo State and warned him (Wike) not to play the roles of godfather in Ondo governorship election, like he allegedly did in Edo State.

But, Wike said Governor Akeredolu’s statement was unexpected of him as a lawyer who knows the position of the law regarding his fundamental right of movement.

He said: “I don’t want to believe that Governor Akeredolu said what he was quoted to have said because he knows the consequences of saying such. I can visit Ondo State tomorrow and nobody can stop me.

“I was in Edo State before the election and the Inspector General of Police told me to leave but I told him I would not leave the state and I didn’t leave. In the same vein, Governor Akeredolu or any other person in the state or the country cannot stop me from visiting Ondo State at anytime I wish to do so.

He urged the people of Ondo State to repeat what happened in Edo State by voting massively for the PDP in order to liberate the state.