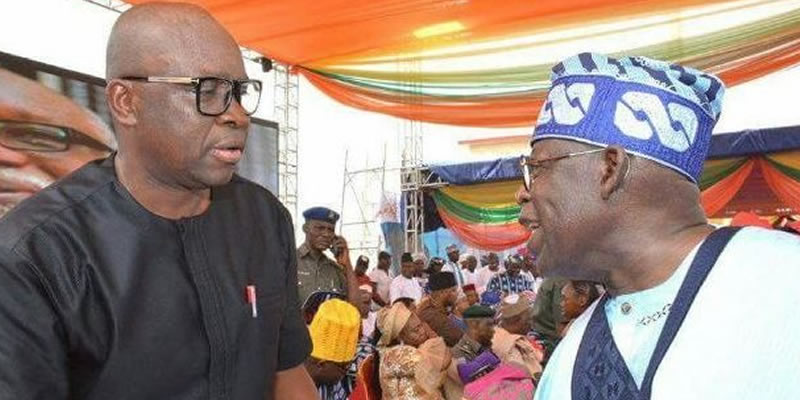 A former governor of Ekiti State, Ayodele Fayose, has said that Lagos State is ripe for the Peoples Democratic Party to take over in subsequent elections.

Fayose was quoted by his media aide, Lere Olayinka, as saying, “Lagos is ripe for the PDP to take and we will take the state if we work hard and put our house in order.”

This was contained in a statement titled, “Lagos PDP must retire Bode George to make progress, urges support for BOG to win senatorial bye-election – Fayose,” in Ado Ekiti on Wednesday.

Olayinka said his principal said this during the inauguration of the PDP Campaign Committee for the Lagos East Senatorial bye-election.

Fayose was quoted as saying, “This senate election is for the PDP to take if we are ready to take it. You have done it before by producing House of Representatives members and you can do it again by producing a senator.

“Before PDP can win any election in this Lagos, the party must first separate wheat from the chaff.

“It is high time Bode George is told to go and retire. Let him be a support stand for the younger ones in the party.

“As an elder, Bode George is supposed to stay at home and be giving blessing to his children aspiring to grow, not to be contending positions with them.”