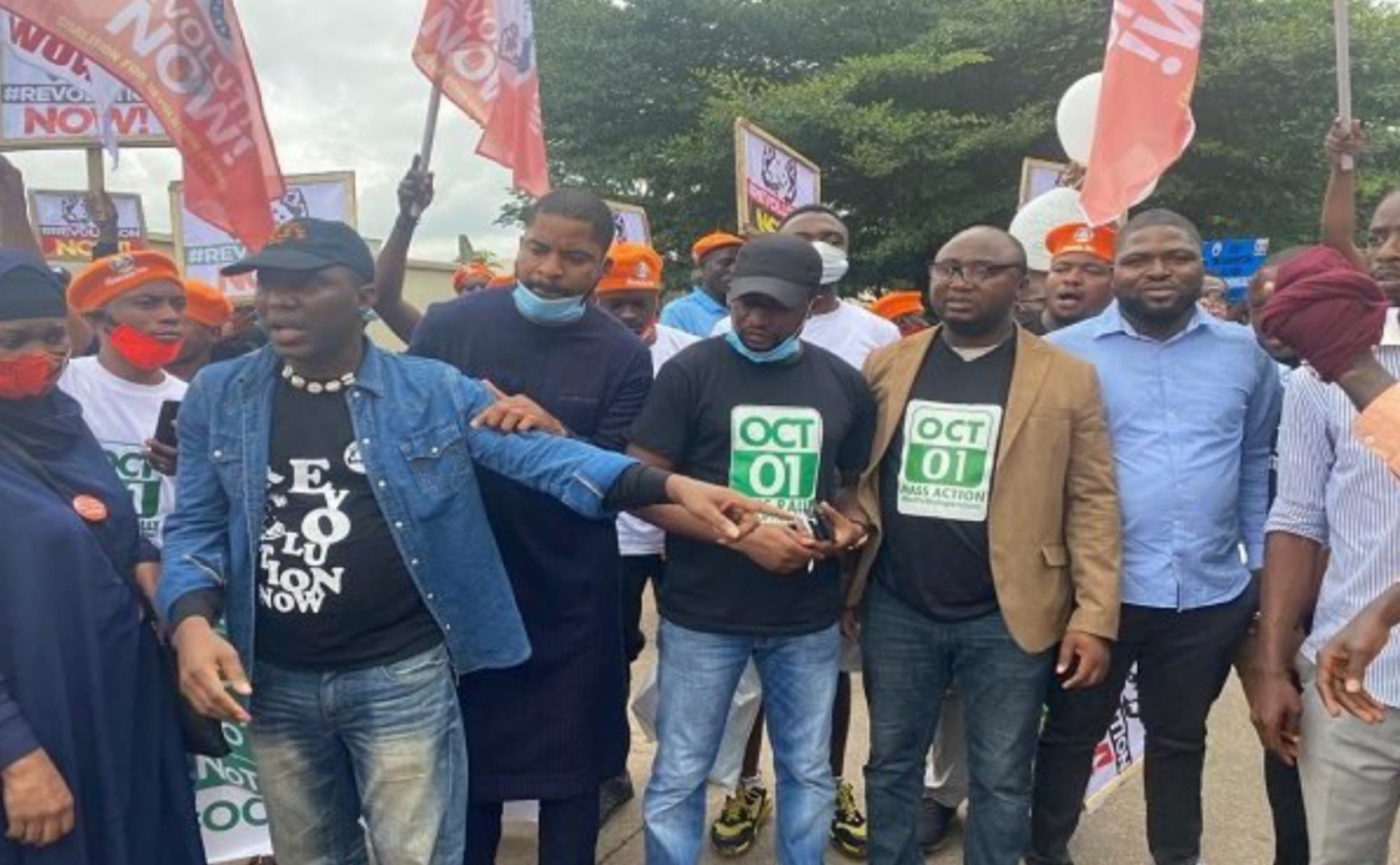 Nigerian security officers have stormed the major cities where #RevolutionNow protesters are demanding an end to bad governance and leadership, to arrest protesters. The protest was held in major cities like Abuja, Lagos and Osun State.

Several protesters were arrested by Police. Reacting to the protest, Agba Jalingo “We are tired of Buhari and we want to tell the whole world that we are tired. Even with all the police mobilisation, we are here to show them our determination to confront this government.

The protest, according to Sowore, is to demand reversal of: “anti-people policies implemented by the President Muhammadu Buhari-led administration.

“These harsh policies that have burnt a burdensome hole into the pockets of the Nigerian people are coming at a time when citizens are recovering from the adverse effect of the COVID-19 pandemic, a global health crisis that was also mismanaged by the Buhari’s government further plunging already struggling citizens into deeper financial problems.

“It also comes at a time when there is an unprecedented dictatorial-style crackdown on free speech, dissent, activism, journalism and the right to associate and congregate peacefully and protest.

Meanwhile, operatives of the State Security Service (SSS) attacked and arrested some #RevolutionNow protesters in Osogbo, the Osun State capital.

The protesters who converged in their hundreds at Nelson Mandela Park, Old Garage, Osogbo, were first dispersed with teargas around 9 a.m. on Thursday.

After they regrouped, some armed SSS officials again visited the scene and 11 protesters were arrested.

The arrested individuals were thereafter taken to the office of the SSS where they were briefly detained for over one hour.

READ  “You Have Failed” — Obasanjo’s Letter To President Buhari Being Sold In Traffic (PHOTOS)
Share this Post[?]