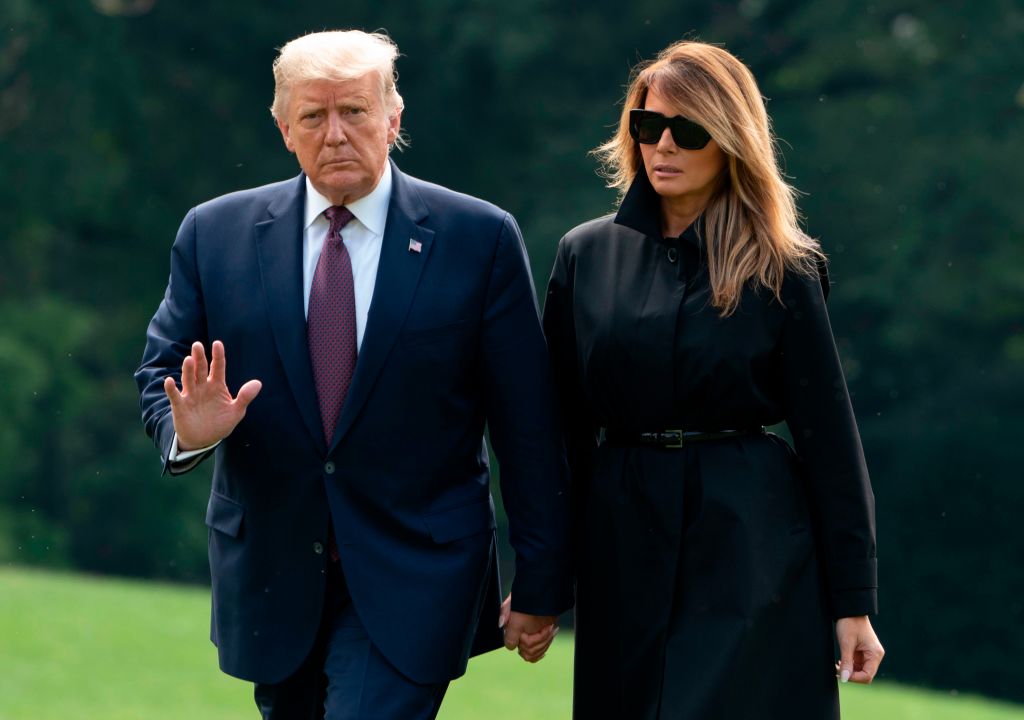 US President Donald Trump and first lady, Melania Trump, are in self-isolation after testing positive for coronavirus.

Trump, 74, confirmed in a post on Twitter on Friday morning that he and his wife, 50, were now in quarantine for two weeks after one of his aides tested positive for the virus.

According to the tweet, Trump and his wife have both also tested positive in their first test for the disease.

He posted: “Tonight, @FLOTUS and I tested positive for COVID-19. We will begin our quarantine and recovery process immediately”.

He added: “We will get through this TOGETHER”.

Melania Trump also took to Twitter to confirm the news, saying: “As too many Americans have done this year, @potus & I are quarantining at home after testing positive for COVID-19.

The Faces of Football initiative is helping boost the health and spirits of thousands with intellectual disabilities.

“We are feeling good and I have postponed upcoming events. Please be sure you are staying safe & we will get through this together”.

Trump’s aide Hope Hicks, 31, reportedly tested positive for the disease on Thursday. She acts as a counsellor to the president.

She has travelled to numerous events with the president this week, including a campaign rally in Minnesota on Wednesday.

Trump came under fire in September after he admitted he deliberately downplayed how deadly the virus was. The claims were made in a book by Pulitzer-prize-winning journalist Bob Woodward after taped interviews with the president.

The president’s doctor Sean Conley released a statement on Thursday, saying the Trumps “are both well at this time, and they plan to remain at home within the White House during their convalescence”.

He added: “The White House medical team and I will maintain a vigilant watch, and I appreciate the support provided by some of our country’s greatest medical professionals and institutions.

“Rest assured I expect the president to continue carrying out his duties without disruption while recovering, and I will keep you updated on any future developments”.

Leaders have begun sending well wishes to the presidential couple, including the president of the EU Council, Charles Michel.

Posting on Twitter, he said: “Wishing @realDonaldTrump and @FLOTUS a speedy recovery. #COVIDー19 is a battle we all continue to fight. Everyday. No matter where we live.”

Trump joins a list of other world leaders who have been infected with COVID-19, including British prime minister Boris Johnson and Brazilian president Jair Bolsonaro.

On Twitter, #TrumpHasCovid was the top trending hashtag on Friday morning, along with the terms “There is a God,” “Karma” and “Hoax”.