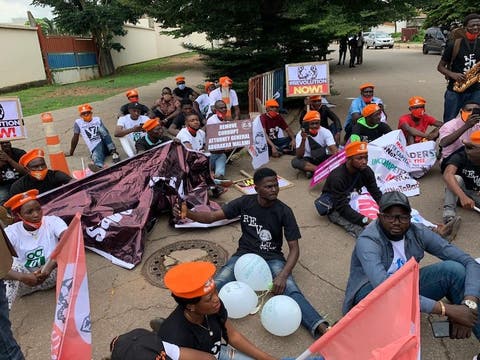 The Lagos State Police Command has said it will charge 30 #RevolutionNow protesters arrested during Independent Day protest to court on Friday.

The police had arrested 30 protesters on Thursday at Maryland area of Lagos during the #RevolutionNow protest against the government of President Muhammadu Buhari.

He said they were arrested for unlawful assembly and conduct likely to cause breach of public peace, and other offences including violation of COVID-19 protocols/laws in Lagos State.

“The arrested individuals, who put on crested vests of #RevolutionNow# with placards, will be charged to court tomorrow, Friday, 2nd October, 2020,” he said.