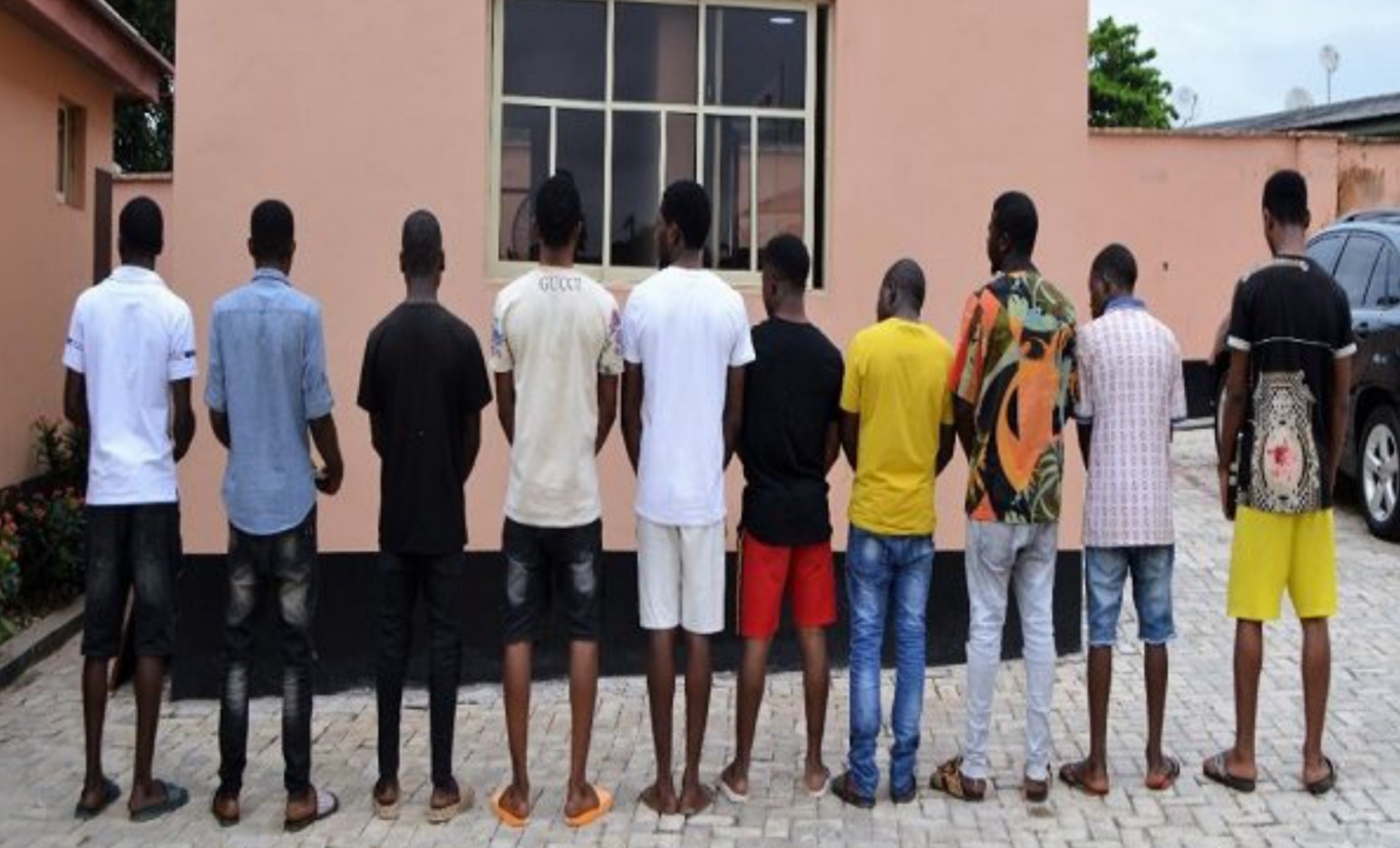 The Economic and Financial Crimes Commission (EFCC) on Friday arrested no fewer than ten suspects for their alleged involvement in internet frauds.

EFCC Head, Media & Publicity, Wilson Uwujaren, said the arrest of the suspects followed credible intelligence and many weeks of surveillance on the location.

He added several fraudulent documents and other instruments of fraud were recovered from the suspects at the point of the arrest.

“They will be charged to court as soon as investigations are completed,” he stated.

In the other news, Justice M. S. Sifawa of the Sokoto State High Court, Sokoto has convicted and sentenced six internet fraudsters to prison for fraud.