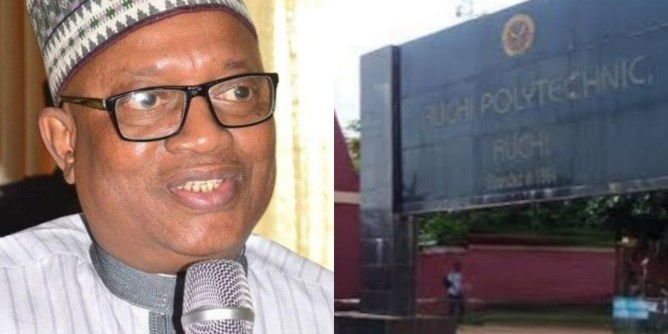 Earlier, the management of Federal Polytechnic, Auchi, during the week had debunked rumour about the death of the rector.

But, in a latest development, the Public Relations Officer of Auchi Polytechnic, Mr. Mustapha Oshiobugie has confirmed his death to newsmen on Saturday, said the Don passed on Friday night at exactly 7.00 pm.

“The institution is mourning following the demise of her rector who passed away on Friday at 7.00 pm after a brief illness”.

“I can confirm that he is no more and his remains will be committed to mother earth today Saturday at 10 am according to Muslim rites”, Oshiobugie said.

Jimah, until his death, was the Rector of the Polytechnic.

He is also an Alumnus of the Polytechnic where he obtained the Higher National Diploma (HND) in Urban and Regional Planning in 1982.

He obtained the Post Graduate Diploma in Urban and Regional Planning in 1997 and Masters in Business Administration in 2003.

Jimah is a member of several professional bodies including Membership of the Nigeria Institute of Town Planners, Fellow of the Institute of Chartered Economists of Nigeria and Fellow, Institute of Entrepreneurship of Nigeria.