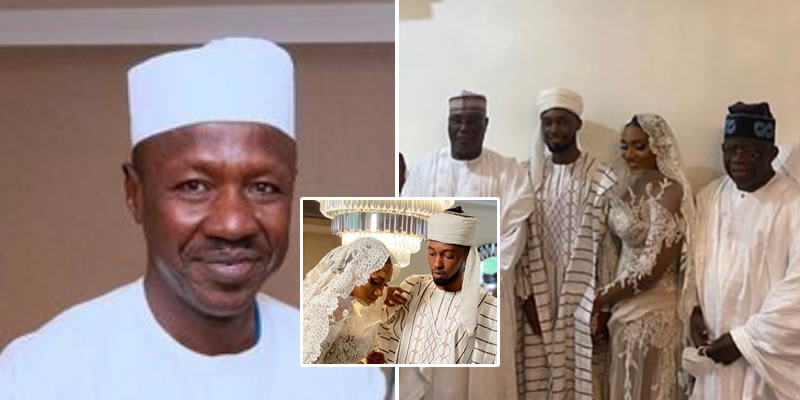 According to popular journalist, Jaafar Jaafar, the suspended EFCC boss who was released from police custody on the 15th of July, 2020 after 10 days in detention was treated like a nobody and arrived the venue without escort.

Within Nigeria recalls that Magu was arrested on July 6, 2020 amid allegations of corruption and brought before the Justice Ayo Salami-led Presidential panel.

The suspended EFCC boss was accused of being unable to account for the interest accrued to recovered funds of about N550bn.

“Appearing without escort, his face masked, very few people recognised d suspended chairman of EFCC Ibrahim Magu today at d Ribadu/Atiku kids’ wedding. He was shoved aside twice at d gate until I rushed to tell d policemen that it was CP Magu they pushed aside. Life!”

“I stand by my earlier tweet that Magu was actually pushed aside twice at the gate of Nuhu Ribadu’s house today. I have nobody to impress by concocting stories. By my training as a journalist, I know the perils of peddling falsehood.”