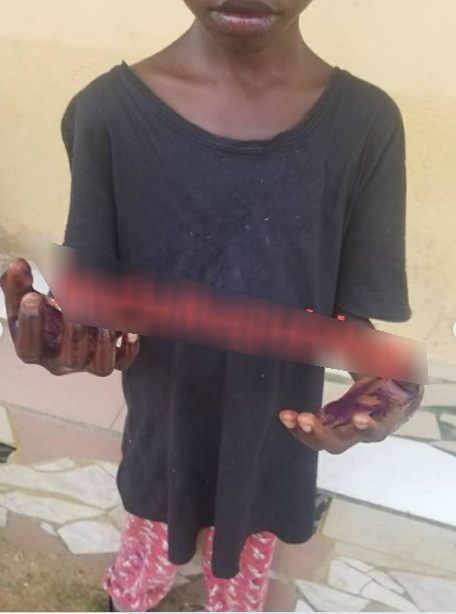 Report of a 11-year-old boy simply identified as Victory whose hands were allegedly placed directly on fire and roasted by his mother in Akwa Ibom has emerged.

The boy’s hands were roasted by his mother because he took food from the pot without permission.

The incident happened on Friday, October 2 after the victim, Victory went into their kitchen to get something to eat after his parents allegedly left home without giving him anything to eat.

It was learnt that the mother who later found out that the boy went into her kitchen to get food by himself allegedly lit the stove and placed his hands on the fire and inflicted serious injuries on him.

A closer look at the body of the 11-year-old boy, there are visible older injuries related to burning.

When contacted, the Police Public Relations Officer in the state said he is not aware of the case of child abuse but will investigate and revert as soon as possible.