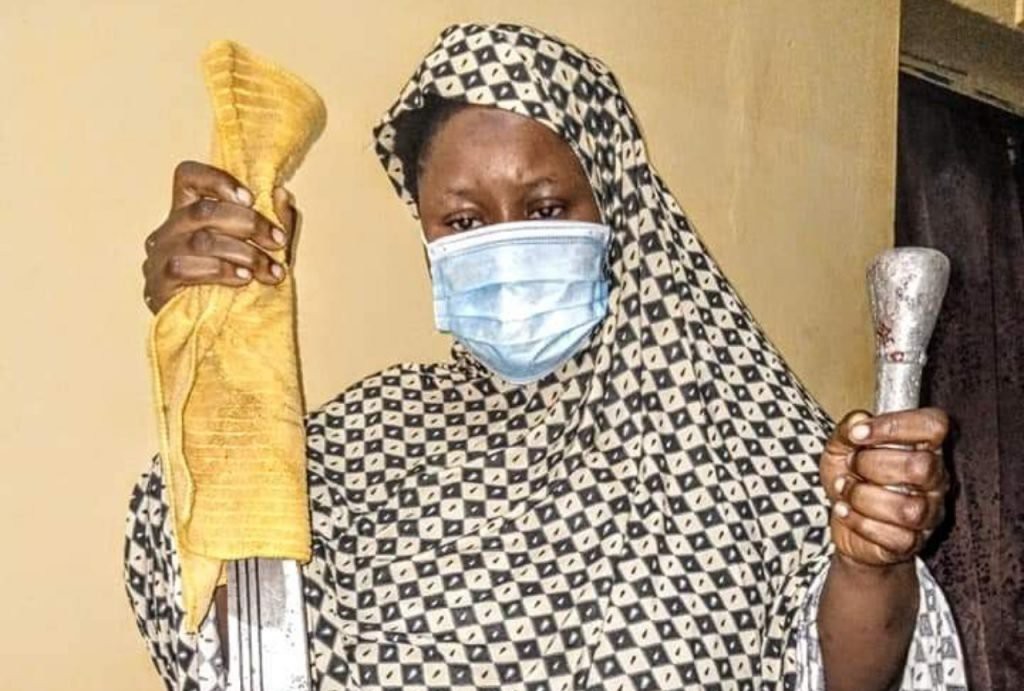 She was also said to have wounded Aisha Sadiq 10 years old, her nephew, and fled to unknown destination.

The Command Spokesman, Abdullahi Haruna said a team of detectives immediately rushed to the scene and took the victims to Murtala Mohammed Specialist Hospital Kano, where a medical doctor confirmed the two children dead, whereas the said Aisha Sadiq was transferred to Aminu Kano Teaching Hospital, treated and discharged.

Upon this ugly incident, the Command Commissioner of Police, Habu A. Sani, raised and directed a team of Operation Puff Adder led by SP Nasiru Gusau, Divisional Police Officer (DPO) Gwale Division to arrest the suspect within 24hours.

He said the suspect was arrested on the same date at about 2250hrs.

He added that on preliminary investigations, the suspect confessed to have locked up their dwelling house, used machete and aluminium-made pestle and attacked the three helpless children, causing severe injuries on different parts of their bodies.

However, CP Habu A. Sani, ordered that the case be transferred to State Criminal Investigations Department (SCID) for discreet investigation.