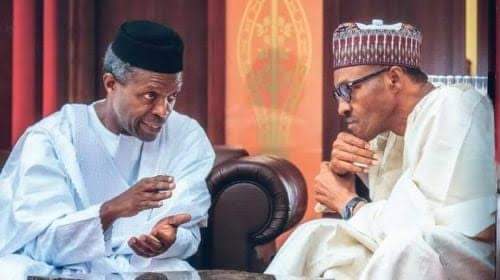 Mr Samaila while responding to SERAP’s suit had last week forwarded his asset declaration form to the organization. The form dated 28 May, 2019, and sworn to before the High Court of Justice, Bikebbi, Kebbi state, shows that Mr Samaila declared assets, including landed property and cash in banks, valued at N353,136,378.56, from which he stated that he receives N61,500,000.00 yearly as income.

SERAP had in suit number FHC/ABJ/CS/65/2020 filed in January, 2020 asked the Federal High Court, Abuja to order President Buhari, Vice-President Osinbajo, 36 state governors and their deputies to “make public details of their assets, specifically property and income, contained in their asset declaration forms submitted to the Code of Conduct Bureau (CCB) since assuming office.”

In a statement dated 4 October, 2020 and signed by SERAP deputy director Kolawole Oluwadare, the organization said: “We welcome Mr Samaila’s demonstrated commitment to transparency and accountability, especially at a time when many government officials and institutions continue to exhibit blatant disregard for Freedom of Information requests by refusing to even acknowledge several of such requests.”

SERAP said: “President Buhari and Vice-President Osinbajo should show leadership by immediately widely publishing their asset declaration forms, just as Mr Samaila has rightly done. We also call on Mr Abubakar Bagudu, governor Kebbi state and other governors and their deputies to emulate and learn from Mr Samaila’s good example by immediately publishing their assets.”

SERAP also said: “President Buhari and Vice-President Osinbajo should stand up for transparency in asset declarations by public officers as a sign of their oft-repeated principled stand on transparency and accountability in the management of the country’s resources. This government’s stated commitment to fight corruption will ring hollow as long as Buhari and Osinbajo continue to ignore repeated requests to publish their asset declaration forms.”

Mr Samaila’s letter dated 4 September 2020, and signed on his behalf by Nura Abdullahi Koko, Director of Administration, read in part: “In reference to your Freedom of Information request and suit, I am directed by Mr Samaila Yombe Dabai, Deputy Governor Kebbi state to forward herewith a copy of his assets declaration as requested by SERAP.”

“While thanking you for your understanding, please accept the assurance of the Deputy Governor best regards always.”

“I bought a 3-bedroom flat [upstairs] in Kebbi state through my military savings and business income in 1984, and the property is valued at N16m. I also have a 6-bedroom and 2 Guest House of 3-bedroom in Kebbi state, valued at N38m. I have a 4-bedroom duplex in Asokoro, Abuja, which I bought in 2017 through personal income. I have no vacant/undeveloped plots.”

“I have a company named Yomed Nigeria Limited, Kaduna, which deals in air services, primary school and agriculture service equipment. The company was established in 2007, and is valued at N98m. I make N28m monthly as income from the company.”

“I have 2 set of furniture and electronics in Kaduna and Zuru, which I bought between 2013—2019, and the property is valued at N3m. My wife owns a property valued at N25m but my children own no property. I have no government securities, no shares in and outside Nigeria.”

It would be recalled that SERAP had in its suit asked the court to grant “an order for leave to apply for judicial review and an order of mandamus to direct and/or compel President Buhari, Vice-President Osinbajo, 36 state governors and their deputies to make public their summary of assets; disclose whether they have had any reason to review and update their asset declarations submitted to the CCB, and if the declarations have been made as constitutionally and statutorily required.”

SERAP is also seeking: “a declaration that the failure of President Buhari, Vice-President Osinbajo, 36 state governors and their deputies to provide SERAP with the requested information on their assets constitutes a breach of SERAP’s right under the FoI Act, 2011, and such further order(s) the Honourable Court may deem fit to make in the circumstances.”

The suit followed SERAP’s Freedom of Information (FoI) requests dated 3 January 2020, expressing concern that: “The non-public disclosure by public officials of their summary of assets undermines the effectiveness and integrity of the constitutional and statutory obligations to submit asset declarations.”

The FoI requests, read in part: “By a combined reading of the Constitution of Nigeria 1999 (as amended), the FoI Act, and the African Charter on Human and Peoples’ Rights, President Buhari, Vice-President Osinbajo, 36 state governors and their deputies ought to be directed and compelled to make public their asset declarations as submitted to the CCB.”

According to SERAP, two states — Lagos State and Niger State — have responded to its FoI requests. But both states declined the requests to make public the assets of their governors and deputies, on the ground that “the FoI Act is inapplicable to state governments, their agencies and officials, and that only houses of assembly of states are constitutionally empowered to make laws on public records of states.”

Also, while reacting to SERAP FoI request to President Buhari, Femi Adesina, Special Adviser to the President on Media and Publicity, had said: “SERAP asking the president to declare publicly, on the basis of what law? The president will do what the law requires of him and what the law requires is that he should declare his asset which he has done. Declaring publicly is not in our laws; it can only be a voluntary thing.”