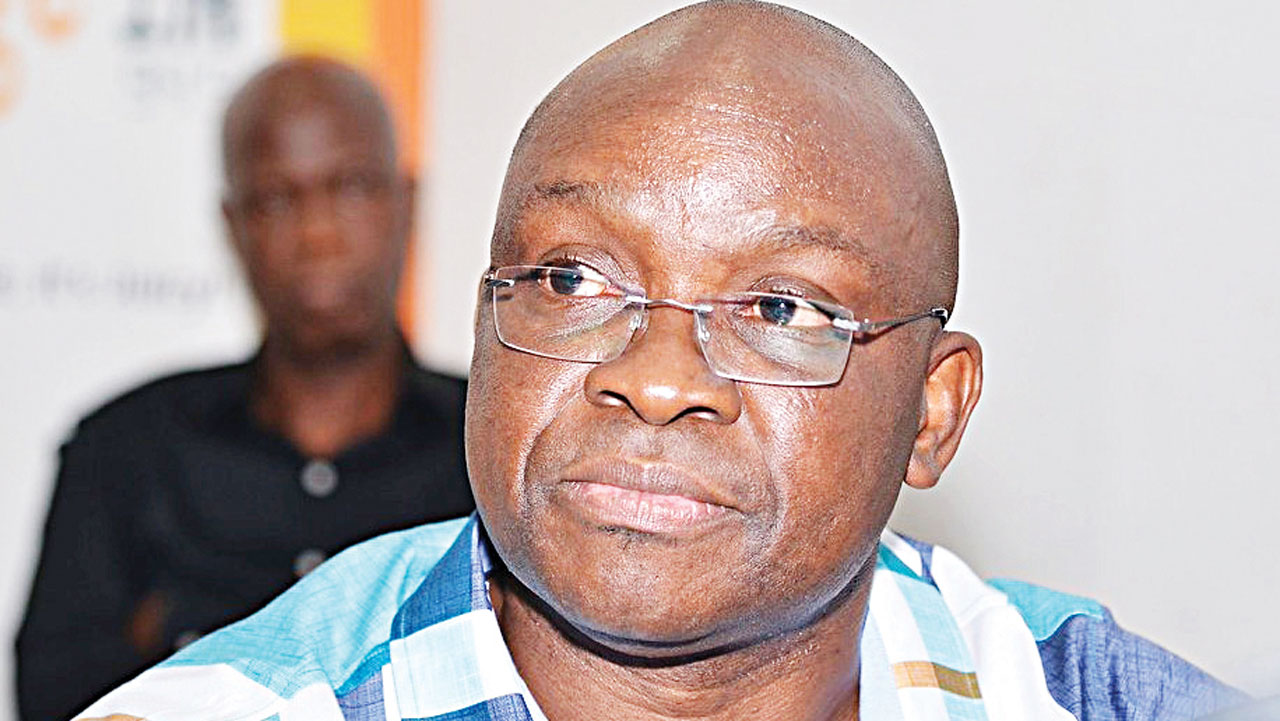 Lagos State chapter of Peoples Democratic Party (PDP) has given former Governor Ayodele Fayose of Ekiti State a seven-day ultimatum within which to retract and apologise for what it termed the deliberate unwarranted vituperation on all the party’s elderly chieftains in the state, saying failure to do so he would be declared a personal non grata in all PDP activities in the state from Monday 12th October 2020.

The party also noted that it required the support of leaders and members now that the Lagos State bye-election, which it described as important, draws nearer, ahead of the 2023 poll, vowing that it would hold Fayose responsible for any future election loss in Lagos and indeed the South-West.

The party issued this ultimatum on Sunday, in a release made available to newsmen by its spokesperson, Mr Taofik Gani, in reaction to a recent incident, which it said Fayose presented as advice but turned out to be an attempt to incite the youth against the elderly chieftains of the state chapter of PDP.

Fayose had a few days ago at a party function in Oregun area of the state enjoined party leaders and members to send the former Deputy National Chairman of PDP, Chief Olabode George, to compulsory political retirement for the PDP to make progress in the state.

The party, while issuing the ultimatum, said the former governor would be declared a personal non grata as from the scheduled date “unless he, Fayose, purges himself from the unsolicited, rabid and divisive advice.”

The party said it initially took the former governor’s attack as comical with the belief that he did it to enable PDP to win the coming bye-election as indeed all the candidates that he had disparaged in recent times, including Senator Biodun Olujimi, Governor Godwin Obaseki, among others had gone ahead to win their elections.

While further condemning Fayose’s outburst, PDP said it needed the support of all leaders and members as the bye-election draws nearer “to take us into winning Lagos State in 2023 General Elections.”

“We are nearing very important elections in the state to take us into winning Lagos State in 2023 general elections. We need all togetherness and complimentary efforts possible of the old, young, male, female.

“It is thus shocking that a supposed leader would come to our state to ‘tear’ us apart rather than give positive and progressive uniting advice to us,” PDP said.

“We will hold Fayose responsible for any future election loss in Lagos State and indeed the South-West,” the party vowed.