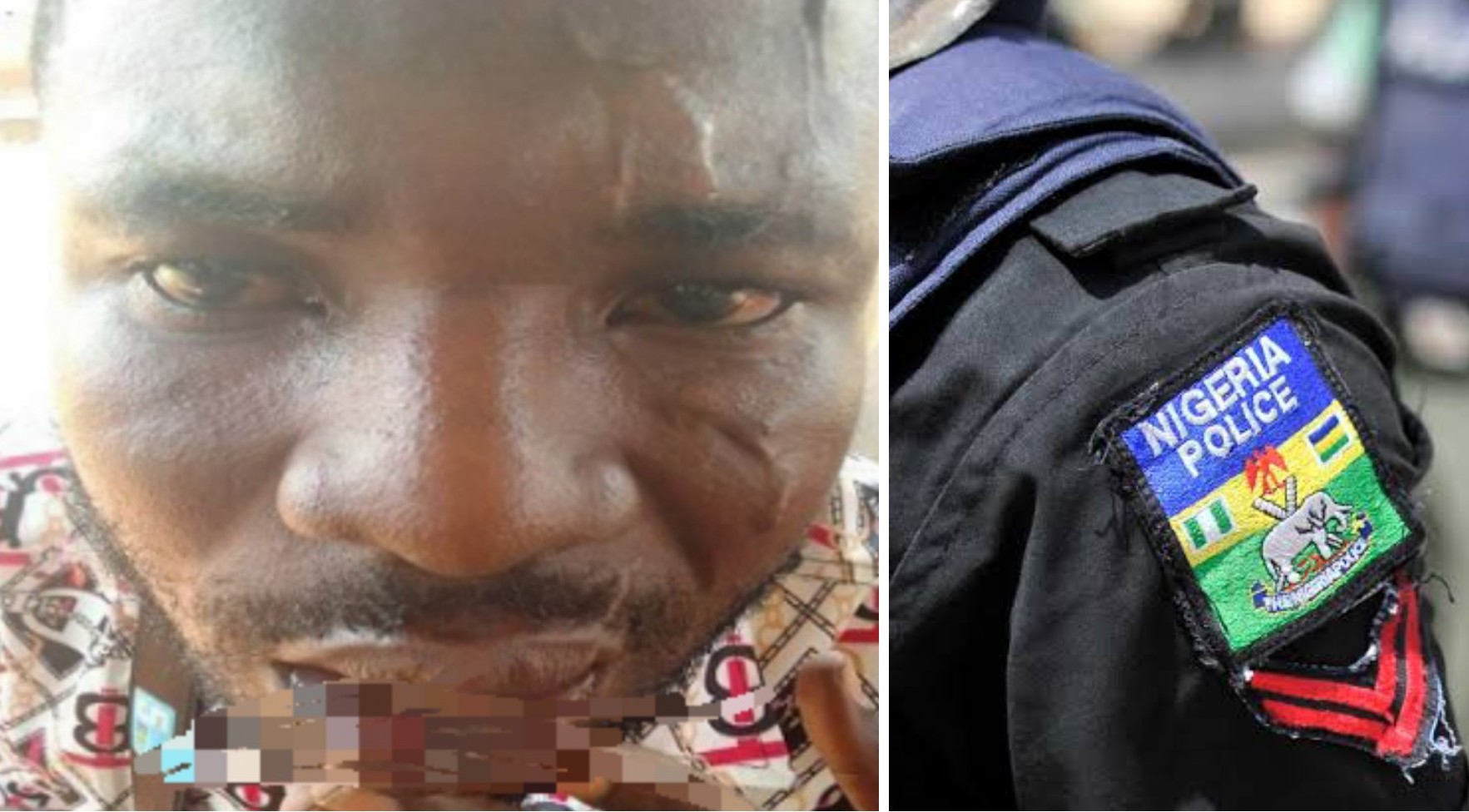 The spokesman of the Police Command, Orlando Ikeokwu, disclosed this to reporters on Monday.

The victim was at the police division to seek the bailout of a widow, Akudo Chimezie, who was arrested by the officer earlier on Monday.

The cop had held the widow in custody and insisted she must give him N10, 000 to regain freedom.

According to report, the widow contacted the victim who is her relative to seek her bailout.

The victim told journalists from a hospital bed that Chidera asked him to bring N10, 000 as a bribe for the window’s bailout.

Azuatalam said that he pleaded with the constable to take N5, 000 and release his relative, an appeal that infuriated the cop who pounced on him.

The victim said: “When I got to the police station, the IPO asked me to bring N10, 000 before he will give me my aunty on bail. I told him to take N5, 000 because of the window’s pitiable financial condition.

“He immediately got angry and asked me to leave his presence. I told him to calm down, reminding him that the Inspector General of Police said that bail is free.

“He immediately pounced on me, using all available weapons on me. He broke my lips, jaw, chins. My eyes were equally affected.

“He threatened to shoot me and that nothing will happen. It was another police officer who came out from one of the offices that rescued me from him.

“As I speak to you, my teeth are shaking and I am having huge pains, internally. This is intimidation.”

Ikeokwu said the errant cop had been arrested and detained and that disciplinary actions had commenced against him.

He assured that the cop would face the wrath of the law should he be found culpable.