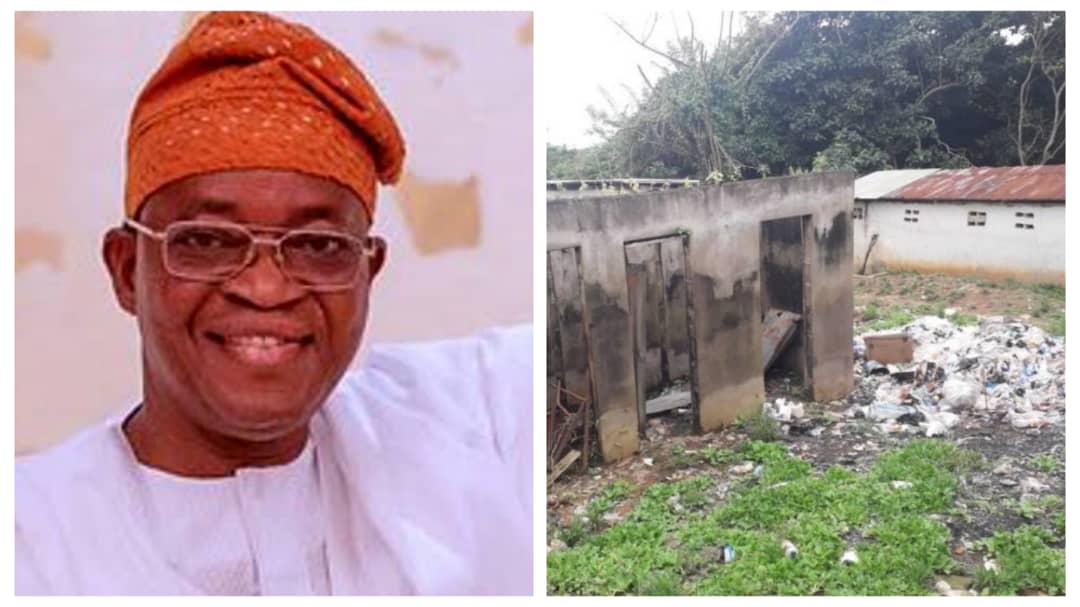 Ilesa, one of the biggest towns in Osun state is now a den of Yahoo boys, prostitutes and alm-seekers. I am troubled that the ‘future’ of the town which is the youth population are diminishing in the naked eyes of its elders but they feel unconcerned because their sons and daughters are either schooling in abroad or doing excellently in other states or countries.

What these elders do not know is the carefree, unlearned, irresponsible ones left to ruin would not allow their promising sons and daughters enjoy their lives peacefully. If these elders still feel it is not their duties to bear the burden of these young ones because they are not related without considering the damning consequences, should any responsible and vision driven government watch carelessly?

There are ocean-like potholes on some roads within the town. School buldings are in sorry, dilapidated and pathetic state. The level of unemployment is alarming and there is poverty everywhere. From the garage to supermarkets to bars/eateries to residential houses, able bodied men seeking alms dominate everywhere. Inspite of all, the only visible government projects are political banners and billboards besides the said renovation of some primary health centres. The story of Ilesa is very similar to the stories of every town in Osun state but the recent show of waste by government officials of a supposed financial expert and excellent administrator in the state most especially in Ilesa is very unfortunate. Truly, there is no society without challenges but the level at which leaderships in all stages tackle these challenges matter alot.

In Ilesa, there is a college of Health Technology with no functioning toilets, no water supply, untarred roads, low standard laboratories and broken furnitures. There is also a secondary school few kilometres away from the college where future of the state receive lectures under open roofs yet two top aides of the same government visited same town to carelessly distribute funds. This further reaffirms my position that the administration of Governor Gboyega Oyetola have no pity, sympathy and compassion for the poor and they feel unconcerned about the future of the state as far as they are in charge of its funds.

Recently, Governor Gboyega Oyetola celebrated his 66th birthday in funfair and glamour. Some people felt organising a colloquium would have been more preferable than the show of waste but you can not force people to celebrate their birthdays in ways that does not represent them. Let me succinctly put that Governor Oyetola celebrated his 66th birthday with debts of promise. His Excellency, Oyetola vowed to investigate and reveal the identities of people who distributed expired rice grains to the aged, weak, old and vulnerable people of the state during the state lockdown as part of measures to curb the spread of COVID-19. Till this moment, no culprit has been identified and the governor has not deemed it fit to address the people. Is their a great disrespect to the people than this?

Some quarters argued that the governor is not a duly and evenly elected governor. He is a beneficiary of a remote-controlled process and that is why he’s not interested in the people and running a camera-pulling adminstration to become popular through funfair programmes knowing that our people are in possession of poverty-driven mentality. If this position is wrong, the governor and his aides have not proven otherwise. All their activities since emergence pointed to this position.

If Governor Oyetola will not build new schools, assist small scale businesses or engage more youths especially the unemployed ones, he should at least take care of the dying pensioners who have worked tediously for the growth of the state he’s ruling. That Oyetola whose slogan since emergence is paucity of fund could engage in funfair across local governments in celebration of his 66th birthday is sickening. If all council chairmen, party leaders, commissioners and advisers who spent lavishly to celebrate the governor’s birthday could divert all resources used to renovate classrooms, distribute writing materials and empowerment tools, it would have not only repositioned the thoughts of many about this administration but also present it as a responsible one.

When you ask this administration to pay pensions, settle workers debts, repair roads or renovate schools, they complain of paucity of funds but when it comes to funfair and show-off, they rudely mismanage public funds through their attention seekers and political publicists they call ‘technocrats’. We know that poverty is ravaging the state and if tackling it is the sole priority of this undefined administration, then it should be done in a proper way. It is ungodly and very shameful that government officials could be reportedly throwing monies in a state where pensioners allegedly die of hunger everyday.

Distributing food items in communities where unemployment has turned people to potential criminals and crude law offenders is not visionary. Throwing monies to people whose wards/children sit on barefloors in classrooms or does not have access to good water is not legendary. Hope the distributed food items would last for a year? Leaders do not become visionary ones by watching situations in Akimbo, they think and proffer solutions to challenges.

If I were to be Mr. Gboyega Oyetola, I would have ordered these aides to buy empowerment tools, organised seminars, sunk boreholes and build new schools or renovate old ones to celebrate my birthday rather than allowing some political aides soiling my name to score cheap political points. Like I said earlier on, you do not force people to celebrate their birthdays in ways they do not represent.

A supposed excellent administrator and his group of ‘reverse technocrats’ should know better that distribution of food items can not tackle poverty but would only sharpen its consequences. Visionary leaders introduce sustainable policies to tackle challenges, they do not make mockery of issues and people affected by them. Poverty is a strong weapon of influence. Make people poor so that they can rely on you for survival is indeed a strong weapon of influence. Is it accurate to posit that Governor Oyetola and his group of technocrats are riding such horse?

Sometimes I wonder if Governor Oyetola is alien to issues we face everyday as a state or he does not have the needed native intelligence to proffer solutions to these issues or he is just being carefree. May I respectfully ask the governor to caution his aides and urge them to act responsibly even if they lack ideas to drive the state and its economy. We have exited this stage as a state and successfully climbed the ladder of competitive states with sterling priorities. If this present administration is interested in the mud, the citizens must be ready to fight back and say aloud that they are not pigs and condemn wasteful spending.

Apagunpote Olayimika Chocomilo is a columnist and can be contacted via 08164411922 or Adewale858@gmail.com