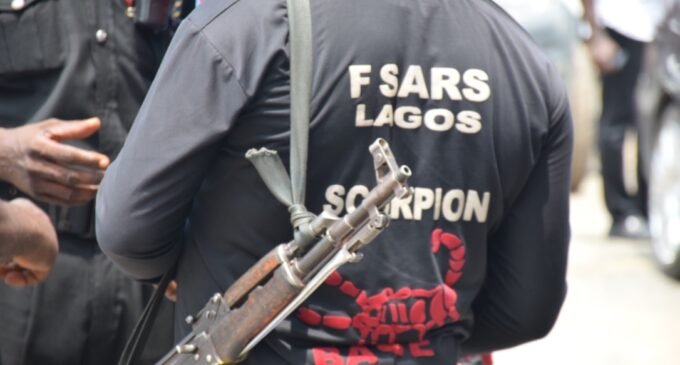 In the wake of the call for the scrapping of the special anti-robbery squad (SARS), Mohammed Adamu, the inspector-general of police, has been reminded of a 2018 panel report on the operations of the special unit by the National Human Rights Commission (NHRC).

NHRC asked IGP Mohammed Adamu, to revisit its 2018 panel report. The commission, in a statement reacting to calls for the ban of SARS, urged the IGP to look into retraining police officers.

Following renewed public outcry over alleged criminal and extrajudicial actions by SARS officers against citizens, the IGP issued a directive banning special units of the force from undertaking routine patrols as well as ‘stop and search’ duties.

According to Tony Ojukwu, NHRC executive secretary, the IGP’s order is “in line with the commission’s recommendations by the presidential investigation panel on allegations of human rights violations against SARS”.

“It is hoped that this time, the directive which is expected to preserve and protect the rights to privacy and dignity of the human person from atrocious acts of some bad eggs in the Nigeria Police will be enforced to the fullest,” the statement read.

“The Chief Human Rights Officer in Nigeria lamented that reported cases of human rights violations against the Police is assuming an alarming proportion, and must be curtailed so as to rekindle people’s confidence in the ability of the Police to maintain peace and orderliness in the society, as well as protect their lives and property.

“The NHRC Chief Executive Officer recalled that in an effort to mitigate such violations, the Vice President in 2018 gave a directive for the setting up of a Special Investigation Panel to look into the activities of the SARS and make recommendations for its reform.

“The Executive Secretary restated the shocking revelations that came out during the panel sittings, which report, already submitted to the government, contained far-reaching recommendations, including the establishment of state and local government Police structure and banning FSARS from embarking on routine patrol, stop and search duties.”

Ojukwu, who called for accountability, added that the ban of SARS and other similar police teams from routine activities will reform their operations in line with human rights best practices.

“Accountability is key in dealing with such cases as nobody should be above the law,” he said.

“The Commission pledges to work with the IGP to train and retrain all FSARS officers to enable them mainstream human rights into their operations and bequeath a Police force that will be noted for respect and protection of lives and property of Nigerians.”