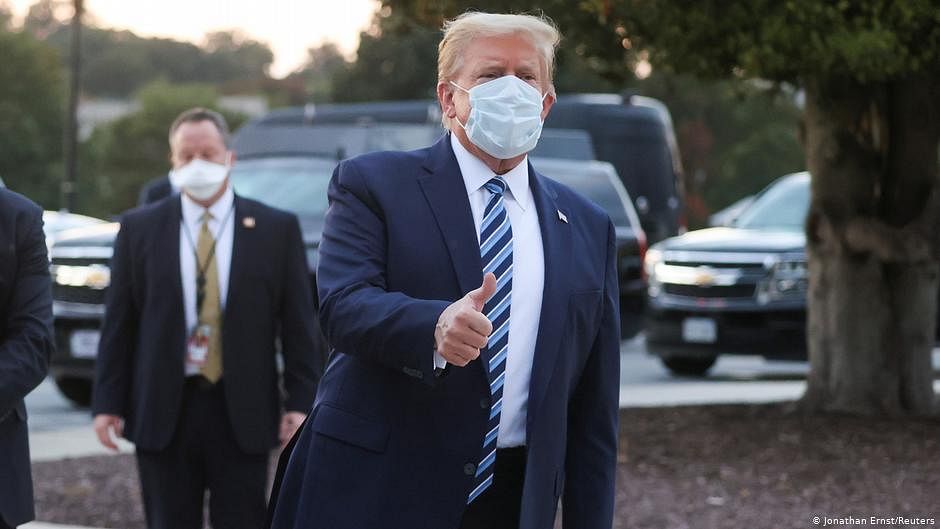 Donald Trump, the President of United States has declared that it is a blessing in disguise that he caught COVID-19.

Recall that the US President Trump and his wife, Melania tested positive for the disease and the president was later taken to a military hospital after showing symptoms.

Barely 7 days after Donald Trump contracted the disease, White House officials said the president had returned to work — after spending only three days in hospital.

In a video message on Wednesday, Trump said an experimental antibody cocktail administered to him by his doctors cured him rather than a “therapeutic measure”.

Trump said hundreds of thousands of doses of the medicine — produced by Regeneron Pharmaceuticals — will soon be ready and made available for free.

The president had touted hydroxychloroquine as the cure for COVID-19.

“This was a blessing in disguise – I caught it, I heard about this drug, I said let me take it and it was incredible,” BBC quoted him as saying.

The president took a jab at China, saying the Asian country is going to pay for the spread of the disease.

“His physical exam and vital signs, including oxygen saturation and respiratory rate, all remain stable and in normal range,” a report by Conley read.