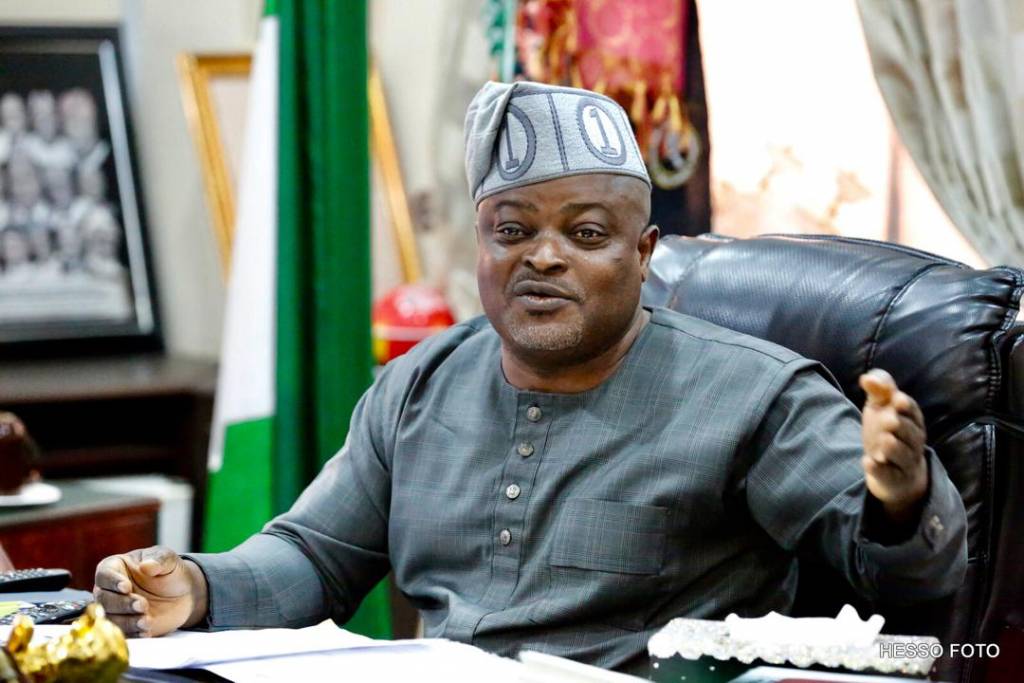 Speaker of the Lagos state house of assembly, Mudashiru Obasa has stated that he has nothing to hide on the corruption allegations against him.

Recall that the Economic and Financial Crimes Commission (EFCC) on Thursday had begun questioning Obasa over the alleged fraudulent activities linked to him.

Obasa, the Lagos assembly speaker was accused of embezzling public funds and abusing his office.

Reacting to the development via a statement after he was interrogated by officials of the EFCC in Lagos, Obasa said he decided to honour the invitation of the anti-graft agency as a responsible lawmaker.

“The Economic and Financial Crimes Commission invited me today (Thursday). As a responsible citizen and lawmaker, I honoured the invitation. I have nothing to hide,” Obasa said.

“When we are called upon by law-enforcement agents in their investigations, as responsible citizens, it’s our duty to oblige them.”

Recall that SaharaReporters findings on the speaker who allegedly owns more than 60 bank accounts went viral.

He was accused of using his office to misappropriate funds and allocate contracts to himself through third party sources, as well as other acquaintances.

Also the speaker, Obasa had been cleared of the allegations by the state house of assembly, saying they are untrue.

However, civil society organisations petitioned the EFCC to carry out a comprehensive investigation on the matter