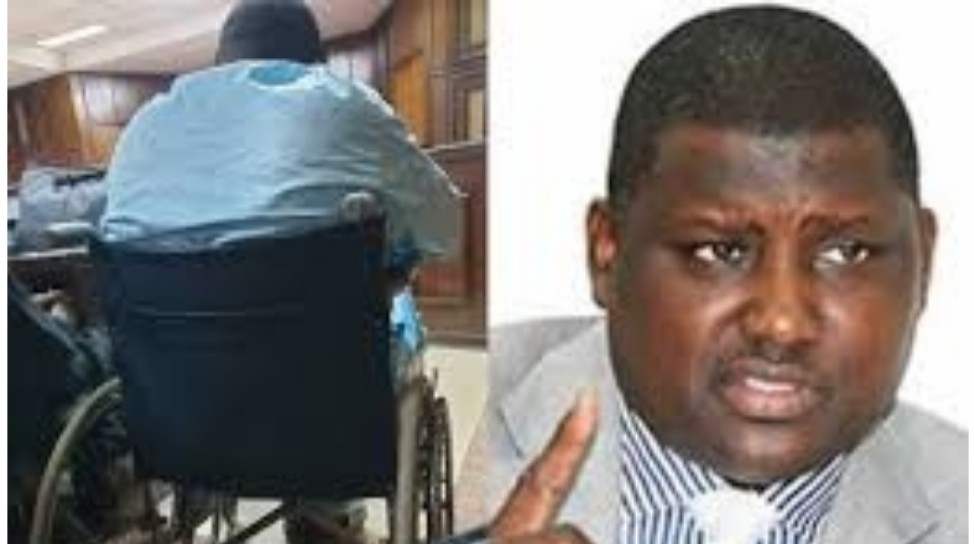 Former chairman of the Pension Reform Task Team (PRTT), Abdulrasheed Maina has stated that he needs about six weeks to recover before he can attend trial in court.

Recall that the former Pension Boss, Maina has been absent from trial since he was released after meeting his bail conditions.

Senator representing Borno South, Ali Ndume who is standing as a surety for Maina had told the federal high court in Abuja on October 3 that he did not know the whereabouts of the former Pension boss.

But Francis Oronsaye, Maina’s counsel, told the court that his client was at Maitama General Hospital receiving treatment.

Speaking from a hospital bed in a video which surfaced on Thursday, Maina said he is not trying to evade trial.

“What the doctors told me is that I’ll need at least six to seven weeks of recovery because it is a knee cap injury,” Maina said

He also said he suffers a constant rise in blood pressure which affects his head and makes him drowsy.

On the issue of asset recovery, Maina explained that he saw a report which stated that he would recover N10 billion, but he denied saying so.

“I can also do that for President Muhammadu Buhari’s administration.

“Imagine an administration that owes me N65 billion, which is five percent of my recovery of N1.3 trillion, now putting me up for trial over N2 billion. Do they think Nigerians are stupid?

“If it is true, then the same EFCC who is taking me to court needs to be joined as defendants in the case because all the security agencies were part of my team.”

Maina is standing trial on 12 counts of alleged money laundering.