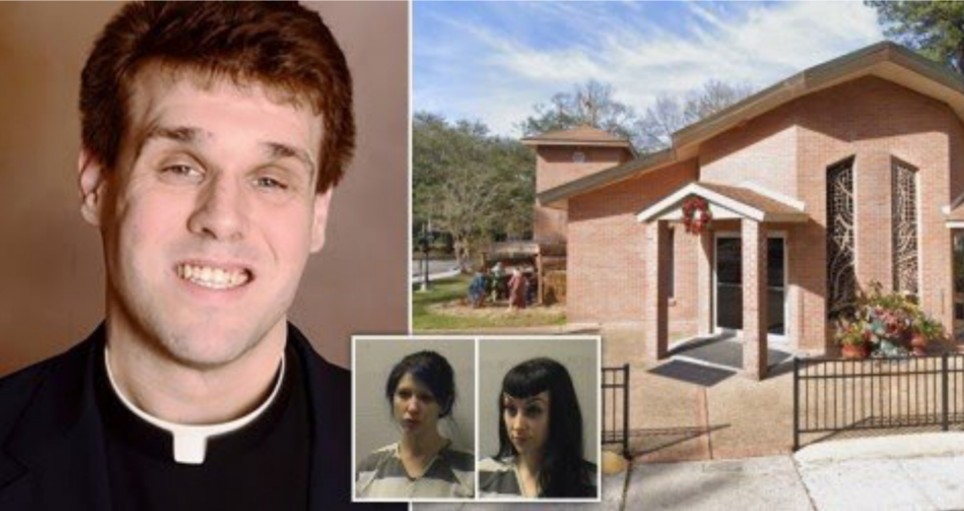 According to report, the trio was caught in the act with a passerby in the Saints Peter and Paul Roman Catholic Church in Louisiana on September 30.

Court filings claim the passerby decided to check on the New Orleans church after seeing the lights still on at 11 pm. The unidentified witness saw the half-naked priest having sex with the two women, who were dressed in corsets and high-heeled boots. The altar was also adorned with stage lighting, several sex toys, and a cellphone mounted on a tripod that was recording the act.

The witness ensured to take video footage of the unholy trinity before calling the police.

They were arrested and booked for obscenity charges. All three could face up to three years in prison if convicted.

Police said ‘Obscene acts occurred on the altar, which is clearly visible from the street.’ The women reportedly told cops they were at the church to film “roleplay” with the priest.

Clark was ordained in 2013 but was suspended from ministry the day after he was arrested.

The archbishop of the New Orleans Archdiocese visited the church to perform a ritual that would restore the sanctity of the altar.

The Archdiocese of New Orleans has refused to comment on Clark’s arrest, saying authorities are investigating the matter.