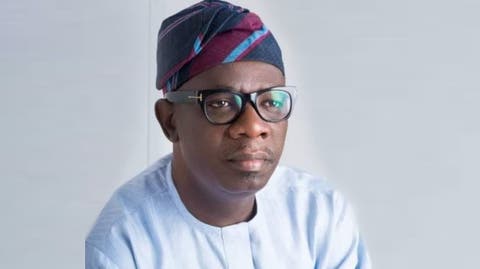 Candidate of the Zenith Labour Party, ZLP, in the Ondo State governorship election, Hon Agboola Ajayi has denied that he had withdrawn from today’s exercise.

His Media Adviser, Allen Sowore in a statement said that the letter of his resignation was forged.

The statement said “Again, the attention of the Deputy Governor and candidate of the Zenith Labour Party (ZLP), Agboola Ajayi has been drawn to a forged resignation letter from the Governorship Election holding today, Saturday- 10 October, 2020.

“The oppositions will not stop at nothing to peddle fake news.

“This fake news being sponsored by the opposition and his cohorts. It’s not different from the earlier ones sponsored and paid for that the Zenith Labour Party’s Candidate, Agboola Ajayi is working with the People’s Democratic Party (PDP) and its candidate, Eyitayo Jegede SAN.

“Nothing can be farther from the truth.

“For the umpteenth time, and for the purposes of clarity and emphasis, the Deputy Governor and candidate of ZLP, Agboola Ajayi will not resign or back out from the race he’s winning ultimately.

“The general public, members of our great party and most importantly the electorate should therefore disregard this latest antics of the drowning party,

“Rather than moving around with the false news. the opposition should be courageous enough to accept defeat in good faith,” he said.

Also, the Director of Media and Publicity, Ajayi Campaign Organisation clarified that the withdrawal was a figment of hyperactive imagination. He said those peddling rumours and falsehood are agents of potential losers of the poll.

Akinsola stressed “They are weak and afraid. Ajayi has not withdrawn. Ajayi will not withdraw. He is in the race to win.”