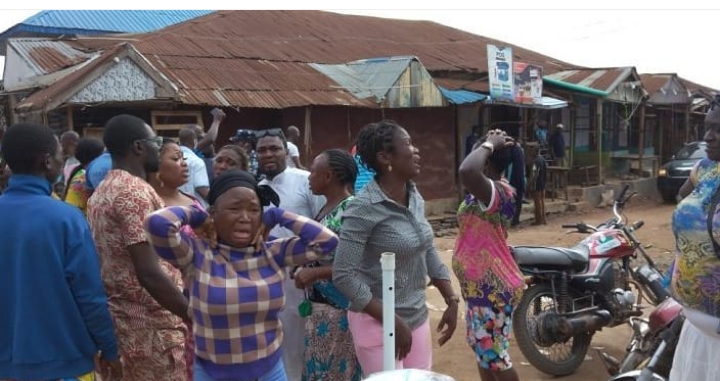 Tension in Akure, the capital of Ondo state as at least five gunmen reportedly invaded a polling unit, shooting sporadically to disperse the voting process.

According to report, a middle-aged man identified as Gboyega was shot and rushed to the hospital on a motorcycle.

It was also learnt that voters, INEC officials, media men, election observers scampered for safety as the hoodlums continued shooting for several minutes.

Several empty shells of dispensed ammunition littered the road where the incident occured but the situation was later brought under control by the men of Nigeria Security and Civil Defense CORPS (NSCDC).