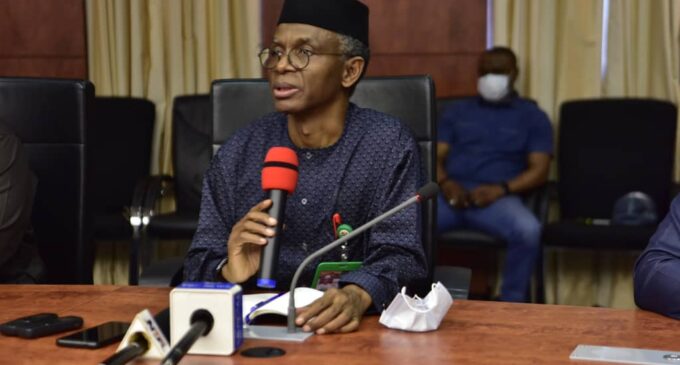 One of the princes who lost out in the contest for the Emir of Zazzau in Kaduna, Bashir Aminu has filed a suit against the governor of Kaduna state, Nasir El-Rufai over the appointment of Ahmed Nuhu Bamali.

Recall that Bamali was appointed following the demise of Shehu Idris, the former emir in September.

A senior advocate of Nigeria (SAN), Ustaz Usman and counsel to Aminu filed the suit on Monday before a Kaduna state high court.

The plaintiff, who holds the traditional title of Iyan Zazzau, is seeking the court for a declaration that “having scored the highest number of lawful votes cast by the kingmakers and thus selected by the said kingmakers, he has thus acquired vested right to the stool of the Emir of Zazzau from the date of his selection henceforth.”

The five kingmakers of Zazzau emirate had in September forwarded a list of three shortlisted princes to the governor for consideration and appointment of the new emir.

Among the shortlisted candidates were Aminu, who reportedly scored 89 marks, Munir Jafaru who scored 87 marks, and Aminu Shehu Idris, son of the late emir, who got 53 marks.

The three candidates were said to have been selected from applications received by the kingmakers from 11 princes of the four ruling houses of the emirate.

However, the governor rejected the list on the grounds that the kingmakers excluded two interested candidates, and ordered for a fresh selection process to include them.

On October 7, el-Rufai appointed Bamalli as the new emir.

Joined in the suit are the attorney-general of Kaduna state, the Kaduna state council of chiefs, Zazzau emirate council, the five kingmakers in the emirate, and the emir.

The reliefs sought in the suit read: “A declaration that the plaintiff is still the Emir of Zazzau and is entitled to all rights and privileges pertaining thereto.

“An order setting aside the purported appointment of the 10th defendant (Ambassador Ahmad Nuhu Bamalli) as the Emir of Zazzau.

“An order of perpetual injunction restraining the defendants either by themselves, agents, privies, servants or through any person or persons howsoever from treating, presenting or dealing with or installing the 10th defendant as the Emir of Zazzau.

“An order of perpetual injunction restraining the 10th defendant from parading, presenting or styling himself as the Emir of Zazzau or from putting on or wearing any paraphernalia or insignia of the Emir of Zazzau.

READ  Miscreants reveal they pay N100 daily for a space to sleep under the bridge of Oshodi
Share this Post[?]