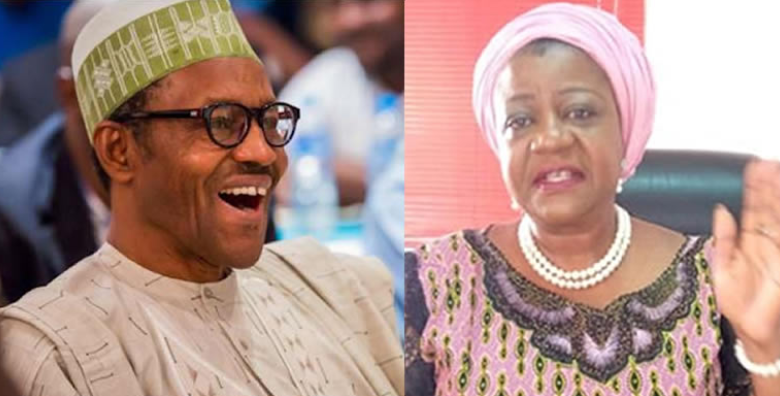 A pro-democracy group, Concerned Nigerians, has condemned the nomination of the Presidential Assistant on Social Media, Lauretta Onochie, as an Independent National Electoral Commission Commissioner by President Muhammadu Buhari.

The group has also asked the United States, United Kingdom, and other development partners not to allow the President to destroy the nation’s democracy and the INEC’s independence by his parochial appointment.

In a letter to the US and UK Missions dated October 14, 2020, signed by the Convener, Concerned Nigerians, Deji Adeyanju, the group described Onochie’s appointment as unconstitutional, and unacceptable to the generality of the Nigerian people.

It said Onochie is “an openly partisan, card-carrying member of the All Progressives Congress, Nigeria’s ruling party, who constantly attacks and denigrates critics of the ruling party.”

The letter titled, ‘Nomination of Lauretta Onochie: Prevail on President Buhari not to destroy the independence of INEC,’ read in part, “President Muhammadu Buhari’s appointment of his Assistant on Social Media, Lauretta Onochie, as INEC Commissioner from Delta State is a reprehensible attempt to destroy the integrity and independence of Nigeria’s electoral commission.

“Lauretta Onochie is an openly partisan, card-carrying member of the All Progressives Congress, Nigeria’s ruling party, who constantly attacks and denigrates critics of the ruling party.

“Her appointment is in violation of Paragraph 14 of Part 1 of the Third Schedule to the Constitution as amended by Section 30, Act No 1 of 2010, which stipulates that a member of the Independent National Electoral Commission shall be non-partisan”.

Adeyanju submitted that the constitutional provision prohibits a card-carrying member of a registered political party or a well-known supporter of a particular political party from being appointed as a member of the INEC.

READ  Buhari’s message to Nigerians as they celebrate Christmas

“We appeal to you to pressure President Buhari to rescind this appoint as it is capable of reversing the gains made in our electoral processes,” he stated.