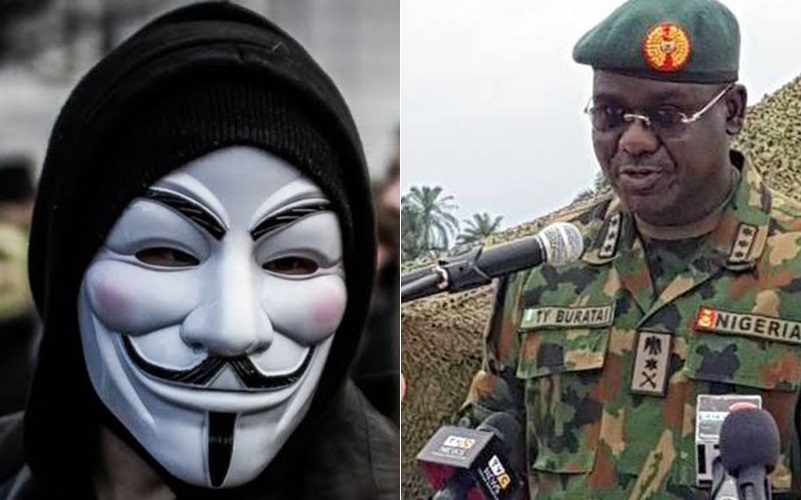 The official website of the Nigerian Army was on Saturday afternoon allegedly struck down by Anonymous @LiteMods.

“We will continue to deface and harvest your telecom companies and government server’s data until you respect the basic rights every human deserves.”

Noting that it had successfully attacked the Nigerian Army’s website, Anonymous wrote, Official website of Nigerian Army is #Offline #TangoDown

The group of unidentified individuals had also hacked the websites of the Central Bank of Nigeria and the Economic and Financial Crimes Commission (EFCC).

The group in its claim to the development threatened to hack more government websites.

On Friday, they hacked the Twitter handle of the National Broadcasting Commission and the account is still under their control.

The group noted that they support weak against the powerful and stand for justice.

Meanwhile, the Nigerian Army has declared that it is set to begin its annual exercise “Crocodile Smile” to identify, track and counter negative propaganda in the social media and across the cyberspace.

This is coming barely eight days #EndSARS protesters stormed streets to demand for the proscription of the controversial police unit, SARS and this protest has escalated to major cities in the country.