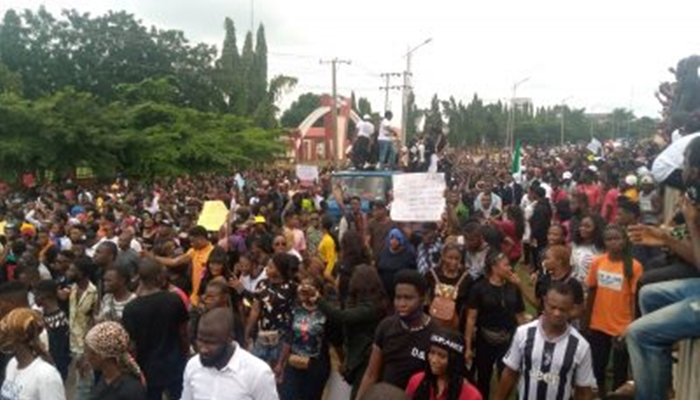 Following crisis emanating from ownership of a landed property hit the village, Indigenes of Uruebo village in Nkwelle Ezunaka community of Oyi Local Government Area of Anambra State have lamented that over 60 of their youths have remained missing for months.

An 89-year-old community leader, Chief Abel Okafor, who was part of the villagers who came out to protest at the village square on Sunday, said three of his sons were also among those missing.

Okafor who addressed journalists during the protest said besides the over 60 missing young men from the village, 11 others have been languishing in prison for about six months now, after they were arrested by security agents on the order of a Catholic priest, Reverend Father Emmanuel Obimma, who is popularly known as Ebube Muonso, who is also an indigene of the area.

Okafor said, “Ebube Muonso brought a combined team of security men to our community, and told them to arrest all the youths in the village. He said youths of the village were planning to kidnap him.

“11 young men were arrested for over six months now, and have been languishing in prison. Youths of this community have all fled to unknown destinations, and since then, we have been looking for our children, including three of my sons,” he said.

Speaking on the genesis of the crisis, another community leader, Chief Augustine Okadigbo, said Charles Obimma, elder brother to Emmanuel Obimma was elected leader of the village six years ago, and after two mandatory tenures, he refused to handover.

READ  Oluwo Of Iwo Reacts As Kingmakers Call For His Dethronement

“We suspect he want to cling to power because he has been using his influence as the leader of the village to sell off landed properties owned communally.

“As we are here protesting, bulldozers are on the land, clearing it. We have said no to this, and the only thing his brother (Emmanuel Obimma) could do was to bring in a combined team of security men, including military men to arrest our youths for kidnapping.

“We know he is rich, and we know he is a powerful priest, but he should not use his influence to intimidate his own people. We are calling on the state governor to Wade into the matter and free us from this bondage.

“We are not begging him not to do his worse, because he has done so already, but let him stop thwarting the cause of Justice, as the matter is already in court,” they lamented.

When contacted for reaction, Rev Fr Obimma said he was not willing to react, but urged that the report be publishes as it is to his advantage.

“It is to my advantage. Army and police report are ready, already. So, those elders will join in the court charges for false information. I cannot be intimidated. I had wanted to release them (suspects), based on people’s plea, but as you can see they are not remorseful. Let’s see how it will end. let them prepare for court.”

Some of the placards wielded by the protesting villagers read; “We want justice for the youths that were wrongly accused, Ebube muonso stop persecuting the people of your land, we are tired of Ebube Muonso and his intimidation”, among others.