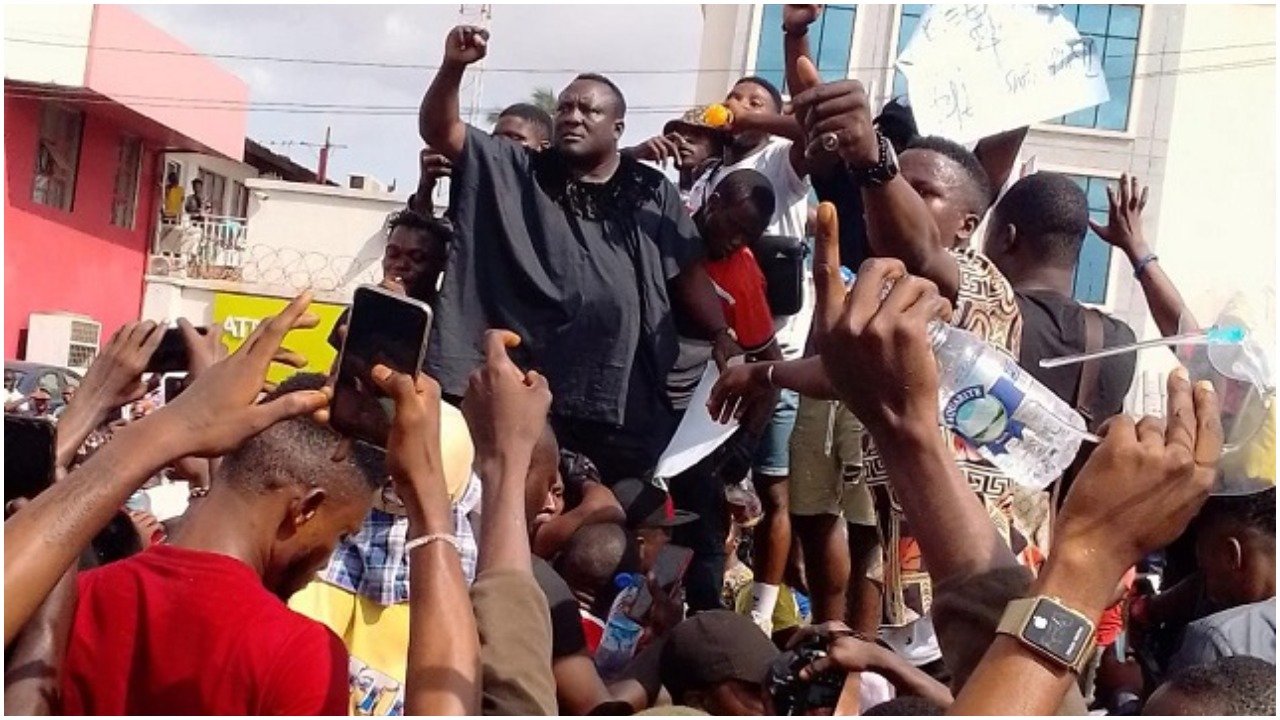 Some well-meaning Nigerians in the diaspora have warned #EndSARS protesters not to cross the red line with the call for President Muhammadu Buhari’s resignation.

According to the Nigerians in Diaspora Monitoring Group (NDMG), United Kingdom chapter, any attempt to violently coerce a legitimately elected president in any country to resign is a treasonable felony.

The group gave this warning in a statement signed by its President, Clifford Ogbonna, on Monday in London, United Kingdom.

While admitting that it is in place for Nigerians to demand an end to repressive activities of the now defunct police unit, the group urged them to remain focused and not allow narrow interests to jeopardize the agitation especially as there are reports of vicious attempts to hijack the protests.

The NDMG further advised innocent protesters to be on alert as those championing the call for Mr President’s resignation have perfected plans to make the protests turn violent as from today.

The group, however, warned those demanding the President’s resignation, driving the country to the precipice with such plot for anarchy to desist.

The Nigerians in Diaspora Monitoring Group (NDMG), United Kingdom Chapter, is alarmed at the anarchists’ inspired calls on President Muhammadu Buhari to resign because of the #EndSars protests and sundry issues that his administration is in no way responsible for. NDMG warns that protesters must be on alert as those championing the call for Mr President’s resignation have perfected plans to make the protests turn violent as from Monday.

Even as we condemn this call on President Buhari to resign, we warn the #EndSARS protesters that they must not cross the red line that must not be attempted in any democracy. Attempting to violently coerce a legitimately elected president in any country to resign is a treasonable felony anywhere in the world including the United States US and the United Kingdom who are our greatest allies.

Anyone promoting this invitation to anarchy must know the limit of their rights in a democracy. The chances to send a government out of office in a democracy are available during elections, when the government voluntarily resigns or when it is removed through processes like impeachment. But to prime protesters across major cities in expectation of unleashing them to deploy violence against the state and the public is an irresponsible strategy that must be met with consequences in this instance so that Nigeria will never again be threatened in the fashion that the #EndSARS protesters are doing.

Nigerians are within their rights to demand an end to the repressive activities of the now-defunct police unit, SARS, and they are also to demand far-reaching reforms of the entire policing architecture. It is impressive that the government is responsive to the original demand of the protests as it immediately accepted all the five points of the demand.

In any country of the world, these five points would take time to implement and Nigeria cannot be an exception. Fishing out complicit operatives of the defunct SARS cannot be done overnight, conducting mental health checks on over 200 policemen will take time, increasing the salary of policemen requires computations and budgetary adjustments that cannot be achieved in ma atter of days and all other matters raised require time. To continue agitating for reforms that have already been agreed by government. Protesters must give a chance for government to implement the points they have raised.

We call on protesters to remain focused and not allow narrow interests to jeopardize the agitation for police reforms especially since there are vicious attempts to hijack the protests to satisfy pthe ersonal interest of certain people. The trend in the past few days has been for some protesters to cram in even more demands that are unrelated to the current agitation. If this is allowed to continue, then the aim of the movement would be defeated since it would be impossible for the government or anyone to respond to rolling demands that keep changing on han hourly basis depending on who is speaking to the camera.

Protesters must resist handing over the agitation to failed activists and faded celebrities who are now attempting to exploit the situation ground to revive their comatose careers. The demand for police reforms is for the benefit of everyone, irrespective of political, ethnic or religious alignment so selfish people should not be allowed to hijack it to demand the resignation of President Buhari as this would simply pander to the political interest of those making those call while allowing them to turn otherwise peaceful protests into raging mobs that they will attempt to use for dislodging the incumbent government.

The Nigerians in Diaspora Monitoring Group, like other Nigerians all over the world, supports the protest against SARS and police brutality but is opposed to and therefore condemns any call for the president to resign. It is not the intent of the protest and should not be. We consequently warn those driving the country to the precipice with such plot for anarchy to desist. We urge protesters to resist anyone pushing them into the political temptation of demanding the President’s resignation as part of the #EndSARS campaign.

We warn protesters to be vigilant as we have credible information that those sponsoring the calls for the President’s resignation have planted thugs among them to make the protests turn violent beginning from Monday. Protesters must work out a mechanism for identifying people that foment trouble and hand same over to law enforcement.