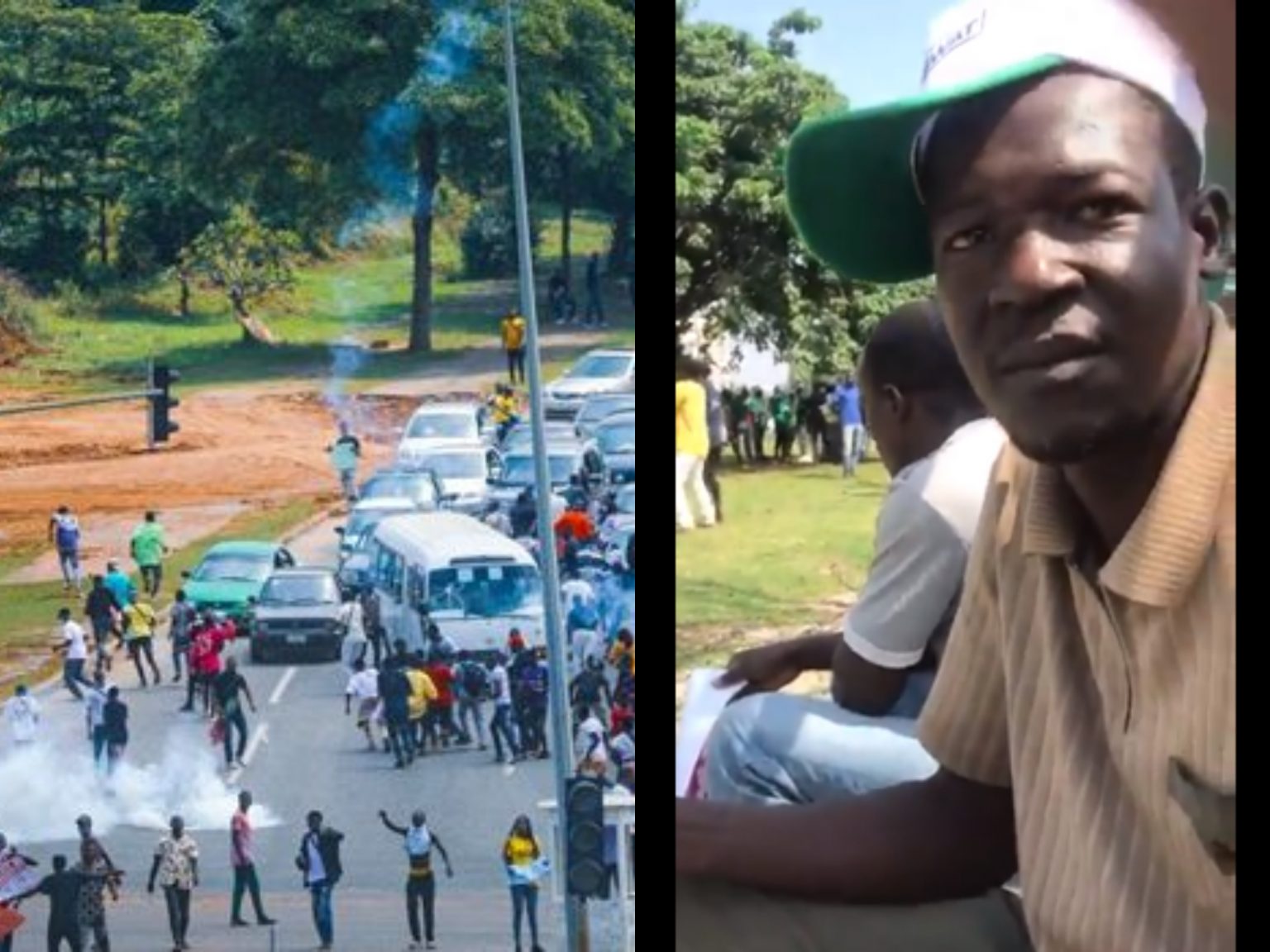 A Pro-SARS supporter has exposed to a group of men who disguised themselves as supporters of the SARS, how they were hired and people that hired them to disrupt the #EndSARS peaceful protest in the federal capital city, Abuja.

Confessing to the disguised men as recorded in a now-viral video, the unnamed citizen disclosed that they were hired by top government officials both from the All Progressive Congress, APC, and Peoples Democratic Party, PDP.

He alleged that the Pro-SARS movement was been bankrolled by the two major political parties of the country.

Speaking further during the interrogation by the disguised men, the man who showed evidence of the previous brutality by the men of the Nigeria Police Force on his hand, confessed that despite being a victim of the SARS brutality he decided to join the Pro-SARS movement only for the money involved.

When asked if they have been paid, he said not yet but that the people that will pay them are around the corner and will do so when their aim is achieved.

He maintained that they were sponsored by political leaders to disrupt the peaceful protest by #EndSARS protesters in Abuja.

Some of the hired Pro-SARS movement were wearing branded SWAT polos while carrying out the disruption as they were tasked to do.

Watch the Video Below:

Meanwhile, a self-acclaimed United Nations Peace Ambassador, Hussaini Coomasie, has apologized to Nigerian youths for calling on President Muhammadu Buhari to use force on protesters of the End Special Anti-Robbery Squad, SARS.