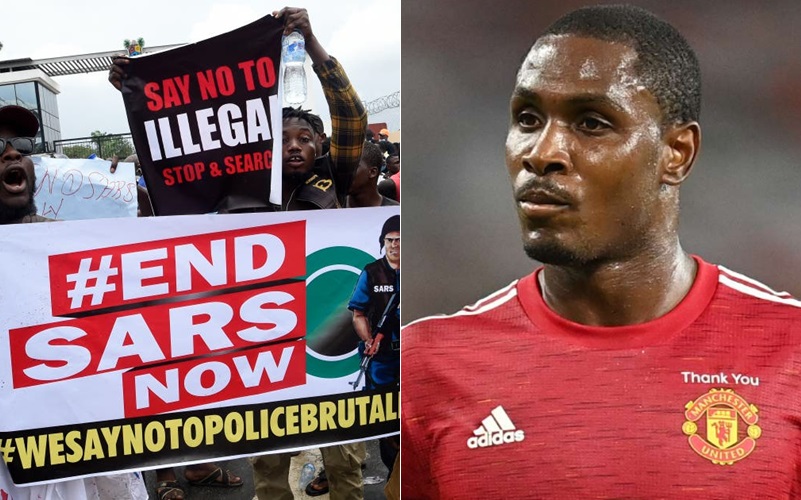 Odion Ighalo, Manchester United star, has lent his voice to condemn the brutality of the Nigerian government against its citizens.

The former Nigerian Super Eagles Forward vent his anger against the government following the killings of unarmed protesters at the Lekki toll gate in Lagos.

Ighalo described the Nigerian government as a shame to the world.

“For killings, you citizens, for sending the military to the streets to kill unharmful protesters, because they are protesting for their rights is uncalled for.”

“You will be remembered in history as the first government that sent the military to kill its citizens,” He said.

Ighalo thereafter called on world powers to come to the aid of innocent Nigerians.

Seven #EndSARS protesters were massacred and many others injured on Tuesday Night after security operatives opened fire on unarmed protesters at the Lekki Toll Gate area of Lagos.