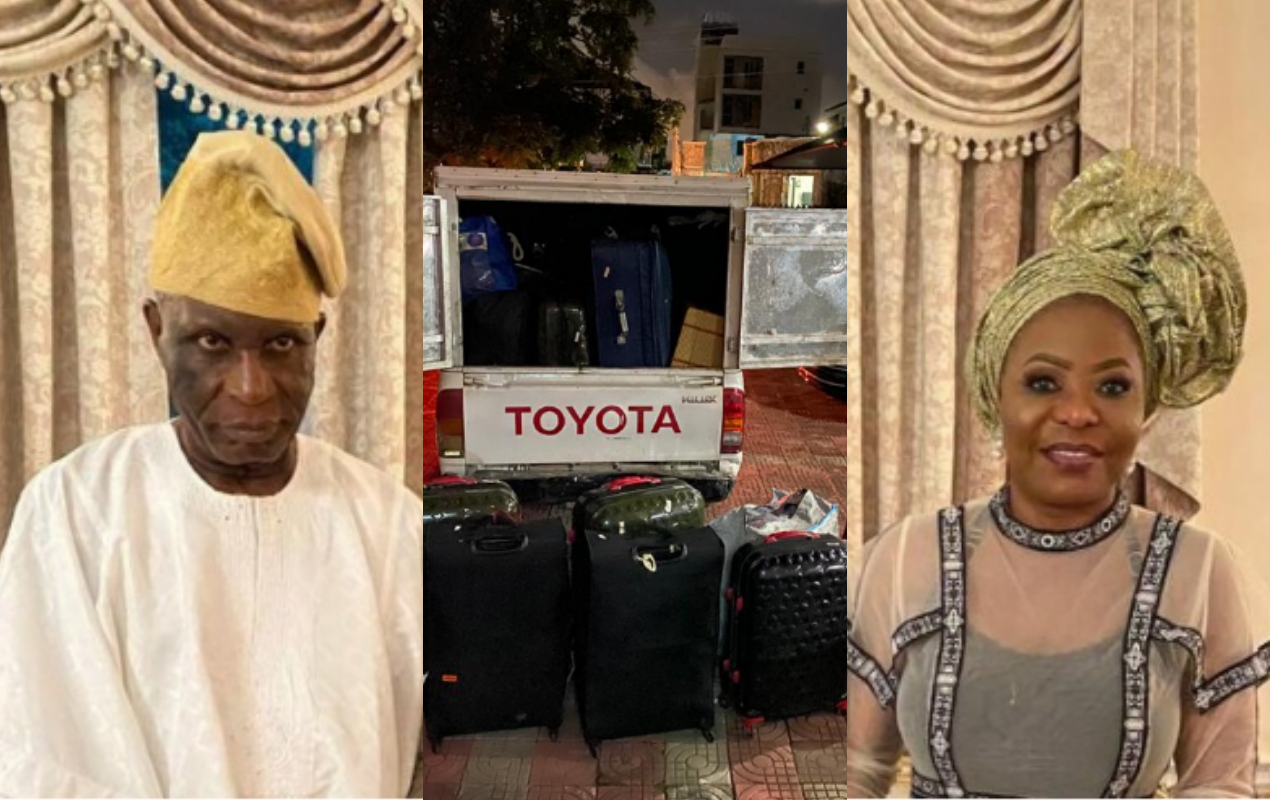 According to reports by Abuja Reporters, Oguntade disgracefully chased her away over alleged cheating and stealing.

‘The union, which had been miring in scandals crashed after many months of family squabbles, back-biting and mutual distrust and myriad of allegations bordering on stealing, exhorting and infidelity’.

The inside story revealed by credible sources to them was that the situation had reached a critical point where ‘things have fallen apart, and the centre can no longer hold for the celebrated couple as madam was sent packing from their Lekki, Lagos home on Thursday, October 15, 2020’.

The Charming Magazine further reported that ‘her disgraceful exit on that fateful day occurred after a serious altercation which led to her stuffing her personal belongings and valuables into many suitcases, (mostly Eleganza branded suitcases), hurling them into a waiting pick-up van and driving out of the premises’.

See her property thrown outside below: