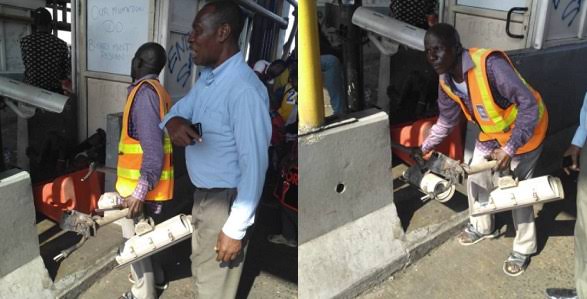 Moments before the sporadic shooting of unharmed protesters, by the Nigeria armed forces at the Lekki Toll Gate, a photo of two men removing the security cameras surfaced online.

A Twitter user who shared the photo of the men on the micro-blogging platform shared his concern.

Guys please I don’t know how to verify these men, dem just come the lekki toll gate and cut off the security cameras. Saying they are from the government, hmm.

Twitter users were alarmed by this and warned that a crime was about to be committed that wasn’t meant to be caught on camera. Not long after the photos were shared, the lights around the Lekki toll gate were put off and gunshots were fired at the End SARS protesters.