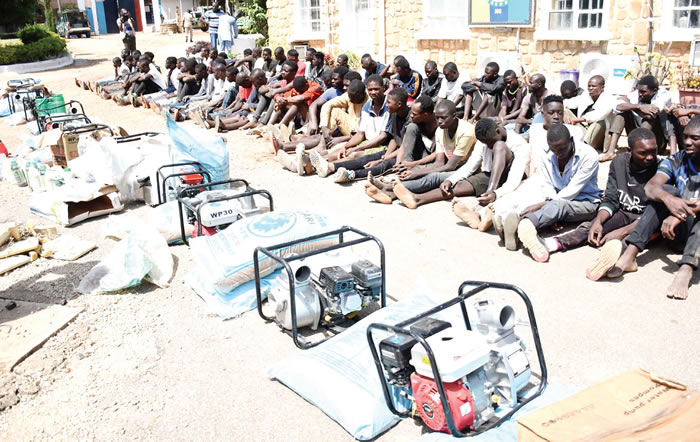 The suspects were pleading and wailing while the arrests were made.

The Nigerian police have arrested a total of 483 suspects who looted both government and private establishment in the country during the #EndSARS protest.

Already, no fewer than 483 suspected looters have been arrested in Lagos, Akwa Ibom, Osun, Anambra, Kano and Plateau states.

There were pleading and wailing while the arrests were made.