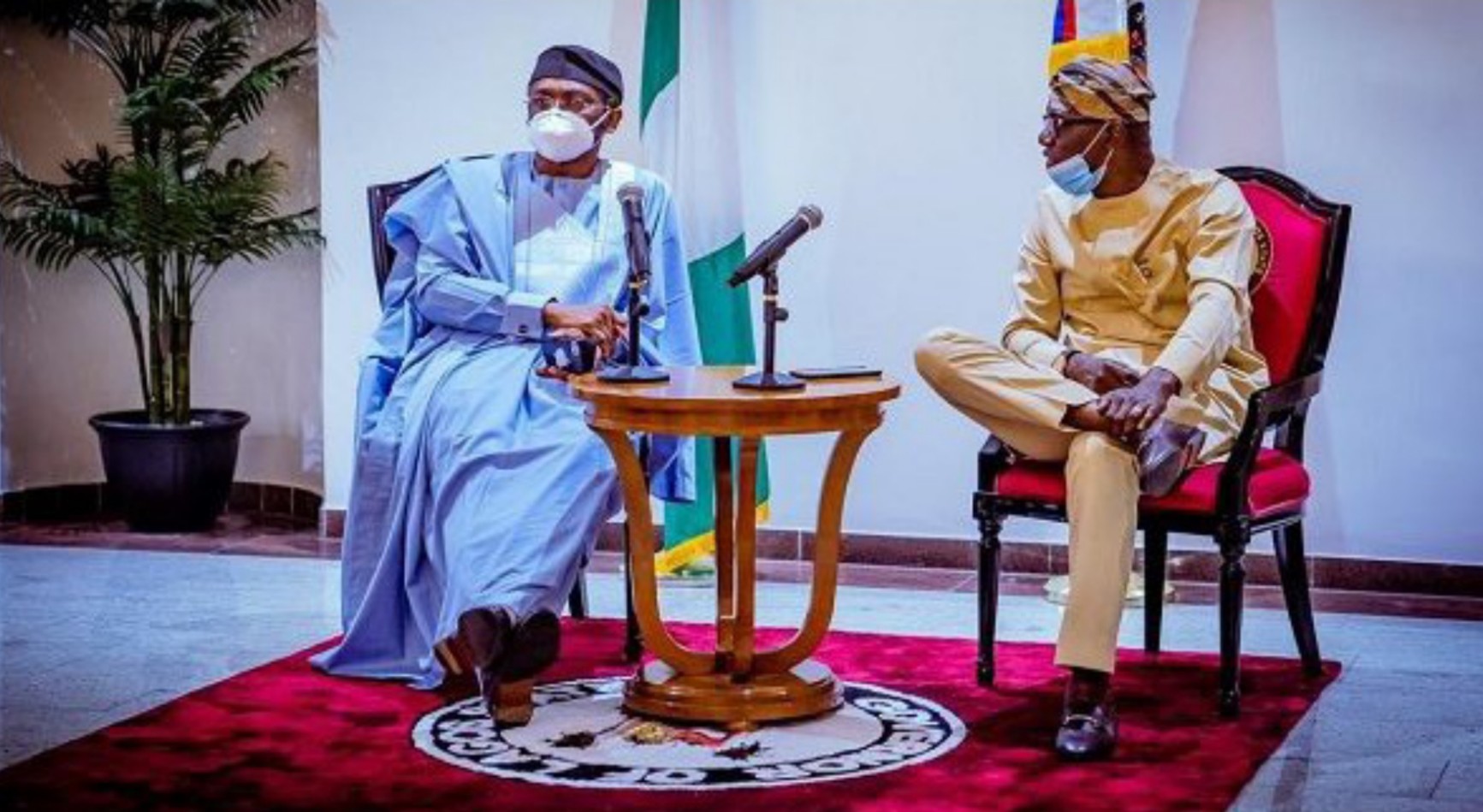 Governor Babajide Sanwo-Olu of Lagos State has said it will cost not less than N1 trillion to rebuild the State following last week’s massive destruction of public assets under the guise of EndSARS protests.

The destruction in the state cuts across all areas of endeavor, including businesses, government and private. Even the judiciary was not spared as court rooms were razed.

House of Representatives Speaker Femi Gbajabiamila, revealed the estimated cost during his visit to the governor at the Government House in Marina on Sunday.

Gbajabiamila, who visited to sympathise with the state along with members of the House of Representatives from Lagos, said: “The governor was telling me just now that it was going to cost about a trillion naira to rebuild Lagos. That makes my heart heavy. And I asked the governor what’s the budget of Lagos State? What are you planning? And he told me that they’re planning a budget of about a trillion naira.”

Among other public assets destroyed are 89 new buses of the Bus Rapid Transport (BRT) burnt down in Oyingbo and Berger where they were parked.

Each of the buses, according to Commissioner for Information and Strategy Gbenga Omotoso costs about $200,000.

The multi-million naira forensic and DNA centre, the Igbosere High Court, local government secretariat buildings, and hundreds of vehicles, other public buildings scattered across the state, street lights, among others are affected.

READ  FG Reveals Why Money From Dangote, Otedola, Other Private Donations Cannot Be Shared As Palliative

The Speaker described the destruction of properties as sad and should not occur again.

“I came in from Abuja today, not just to stand in solidarity with him, but by extension the people of Lagos State. These have been very difficult few days. It has even been more difficult for me in the last hour. Driving in from the airport and sitting with the governor to watch the documentary here put together, that evidences of the carnage we all witnessed. It makes us all very sad.

“This, certainly, is not the Lagos of our dream that we all talk about. And I know deep down, and I believe no matter how brave a face one puts to it, that even the protesters have their regrets that things went this far, because from my understanding and from what I’ve seen, both those who are pro-protest and those who are anti-protest, were all affected.

“There’s very little I can say. But, I know that standing with me is a man of courage, a man of destiny. Because it’s very unusual for you to come into office, and within a year a few months, you witnessed two calamitous events: first, you were in the epicentre of COVID-19, which you dealt with to the admiration of all.

“Whilst we were still grappling with that, you now became the epicentre of the protests. I want to encourage you to lift your head high, because you discharged your duties as a governor of a state that was troubled in the last few months, or close to one year,” he said.

The Speaker said he did not wish the incident to take an ethnic dimension, having heard a lot of conspiracy theories about it.

“On Tuesday, we talked in the House about compensation. I want to reiterate that the House will do all it can to make sure that everybody that has suffered from police violence – whether you’re from the North, from the East, from the West, because everybody in Nigeria has suffered from police violence, not just those of us from the Southwest. That will be applicable to all, including policemen that lost their lives in these unfortunate incidents.

“So, Your Excellency, we bring you good tidings and good wishes from Abuja. We stand with you. Whatever the House can do to help in rebuilding, not just Lagos State, but other states that have been affected as well from whatever part in Nigeria, the House will definitely join hands. Because we’re now in the situation of reconstruction.

READ  Inferno At Mechanic Village: How A Mysterious Fire Plunged Traders Into Deep Sorrow In Bayelsa

He said the true situation of what happened in Lekki must be unravelled.

“Your Excellency, the ground zero of what happened here is Lekki. That was what precipitated the violence and the carnage the following day. It is important to me, as I know it is important to you and to everybody, to know what exactly happened.