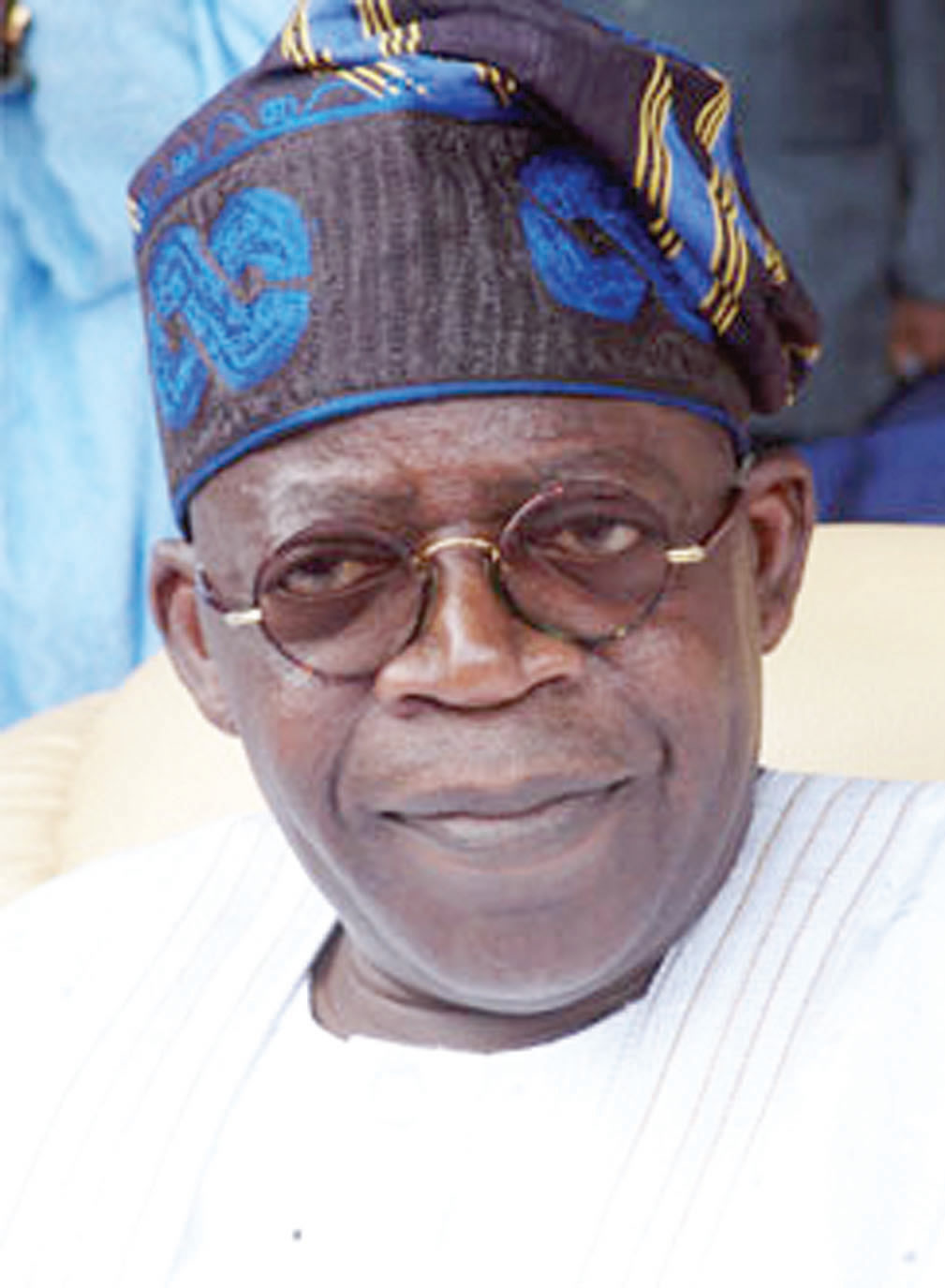 A chieftain of the All Progressives Congress has been told to kill the idea of ever becoming Nigeria’s President.

The National leader of the All Progressives Congress, Bola Tinubu has been asked to abandon his ambition to run for the presidency come 2023.

The advice was given by Olusegun Bamgbose, a chieftain of the New Nigerian Peoples Party as he described Tinubu as a daydreamer, who is unfit to preside over the affairs of the nation, adding that the presidency is not for sale.

The senior lawyer stated this in a statement on Monday.

He said that Tinubu will meet his waterloo If he dared contest, noting that the APC leader’s statement on the Lagos #ENDSARS crisis showed clearly that he is highly insensitive to the plight of Nigerians.

“It’s very obvious from the utterances of Tinubu so far, that he won’t make a good President.

“Nigerians will be taking a very big risk, to elect him as President come 2023. He is more conscious and concerned about becoming President, than being passionate about the welfare of the poor masses.

“His Presidency might be worse than that of Buhari. It will be a very dangerous experiment to elect him President of this country, at this critical period.

“We are made to understand that there are six qualities a good leader must possess, it’s in the word ‘LEADER’ L for Love, this is the most outstanding quality of a good leader.

“The last word is ‘R’, a leader must be responsive to the needs and feelings of his subjects. Does Tinubu possess these qualities? It’s obvious that his Presidential ambition has really blindfolded him.

“At the very heat of the EndSARS protests, he kept mute, only for him to come out and tell Nigerians that he is still the Ashiwaju of Lagos and also Jagaban.

“Who on earth is competing with him? Could that be the best way to console the families of those who lost their lives, both at Lekki toll gate and in other places?

“This has gone to show his true color, that he has no feelings for the masses. His arrogance is outrageous and outstanding. During the build up to the Edo election, he arrogated to himself, leader of democrats, thank God, APC failed the election.

“It has been my belief that the next President of Nigeria, will not be determined by popularity, but passion for the masses.

“His statement has shown clearly that he is highly insensitive to the plight of Nigerians. He is more passionate about becoming President than any other thing. Let me however boldly tell him that he is going nowhere. He is a daydreamer.

“He is unfit to preside over the affairs of the nation. He should equally be informed that the Presidency is not for sale. If he dares to contest, he will meet his waterloo.

“One would have expected him to come out and be on the side of the people, but unfortunately, he decided to pitch his tent with President Buhari, who refused to address Nigerians promptly.

“Those who lost their lives at Lekki toll gate are Lagosians, that never bothered him, rather he became an analyst overnight. It’s quite unfortunate. Nigeria will need a loving and responsive leader come 2023,” Bamgbose said.