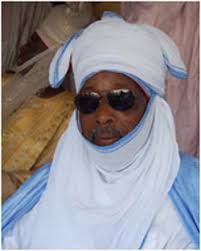 The Emir of Dutse in Jigawa State, Dr Nuhu Muhammad Sanusi has said that brutality by the operatives of the Nigeria Police Force will not seize in the country despite the disbandment of the controversial unit of the force, the Special Anti Robbery Squad (SARS)

According to the Sanusi, while receiving the Minister of Water Resources, Engineer Suleiman Adamu at his palace in Dutse, the state capital during the weekend, except the recruitment process of the police force is restructured, the issue of brutality and other assault will not end.

The emir noted that there are corruption and lack of good training in the recruitment exercise of the police force, which is the main cause of the recent turbulence in the country. According to Sanusi, changing the name of SARS will not bring a solution to the ongoing crisis unless there is a reform in the police system.

He said, “Whatever name you changed SARS to, it will not change anything unless the police recruitment and training process is changed.

“Initially, traditional rulers were involved in the police recruitment process in order to ascertain the behaviour and character of each candidate. And we have to train and retain our police officers on how best they can use arms and resolve the crisis without using force.”

The emir explained further that security forces in the country do no longer have knowledge on how to amicably deal with crisis until they use gun power.

“Recently, three persons were shot dead by police in Dutse in a simple case that can be resolved easily,” the emir noted.

“If they were involving traditional rulers in all aspects of crisis management, most of these problems could not have happened and at times, even if you talk to them, they would not listen.”

Meanwhile, Eng Adamu after his arrival at the Emir palace had said that President Muhammadu Buhari was disturbed recent development that followed the EndSARS protests across the country.

According to him, the President charged the traditional, religious and community leaders to continue to enlighten the people on peace and unity in the country.

In another news, Senate President Ahmed Lawan has promised that the National Assembly would ensure victims of the scrapped Special Anti Robbery Squad (SARS) police unit get justice.

The nation’s number three citizen made this known in a statement he personally signed in Abuja.