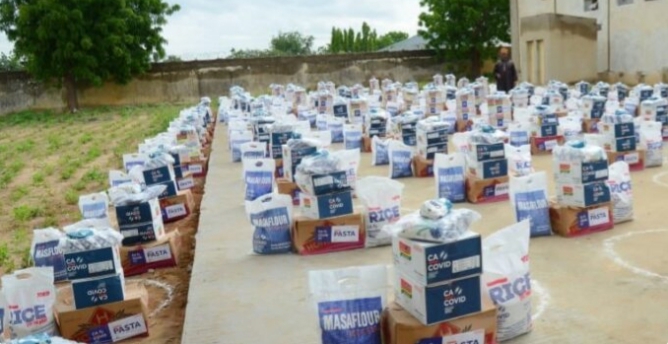 The federal government has been called upon by the Nigeria Labour Congress (NLC) to order the immediate release of all COVID-19 palliatives owing to the mass looting of warehouses in several states across the country.

This was contained in a press statement released by the NLC President, Ayuba Wabba on Monday.

The Labour president said the welfare provisions were meant to relieve the impact of the COVID-19 lockdown, but were “hoarded by government officials”.

The congress condemned the looting of warehouses containing palliatives, and urged the federal government to investigate why the items were yet to be distributed.

“It is obvious that the palliative provisions that were procured by government for immediate distribution to the mass of our people at their critical time of need and to assuage the hardship occasioned by the lockdown were hoarded and held back by some government officials,” the statement read.

“While we condemn the ensuing mass looting of both the COVID-19 palliatives and non-COVID-19 palliative materials, we equally deplore the conduct of some government officials who stored away relief materials that should have been distributed to the masses of our people at their very trying times of need.

“We call on the federal government to investigate the conduct of those who hoarded the palliative provisions.

“In order to forestall riotous plundering of the remaining relief palliatives, the Nigeria Labour Congress demands that the federal government should order the immediate release of all the welfare provisions and materials to citizens.

READ  Oyedepo To Sanwo-Olu: I Decree Opening Of Churches On Weekdays In Lagos

“This directive should apply to state governments, many of which are chiefly culprit in this regard. Government officials cannot afford to create a scenario that precipitate mass unrests at this very delicate and fragile milieu in global history.”

Recall that warehouses containing COVID-19 palliatives have been looted across the country.

But the Nigeria Governors’ Forum (NGF), in a statement on Monday, claimed that some states that still had palliatives chose to keep a strategic reserve ahead of a projected second wave of COVID-19.