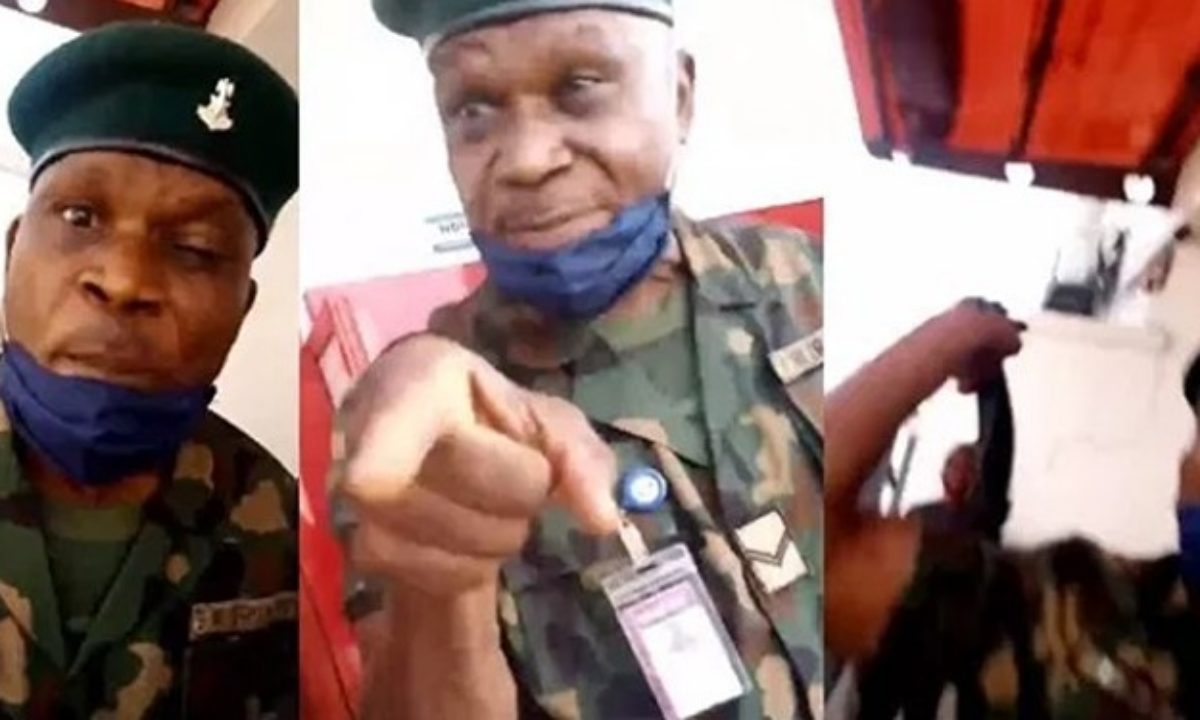 One Corporal, Omoh F, has been arrested by the 9 Brigade of the Nigerian Army after he was caught on video flogging a woman at an Oshodi branch of the United Bank of Africa in Lagos.

The Spokesman for the 9 Brigade, Major Olaniyi Osoba, confirmed this to The Punch on Monday. ”I can confirm to you that he has been detained and investigations are ongoing,” he said.

Recall a lady tweeted on Monday how she was flogged with a belt by the corporal. Tweeting with her handle, @vels20, she alleged that the soldier had tried to jump an ATM queue but she challenged him.

She further stated that this angered Corporal Omoh who removed his belt from his waist and flogged her.