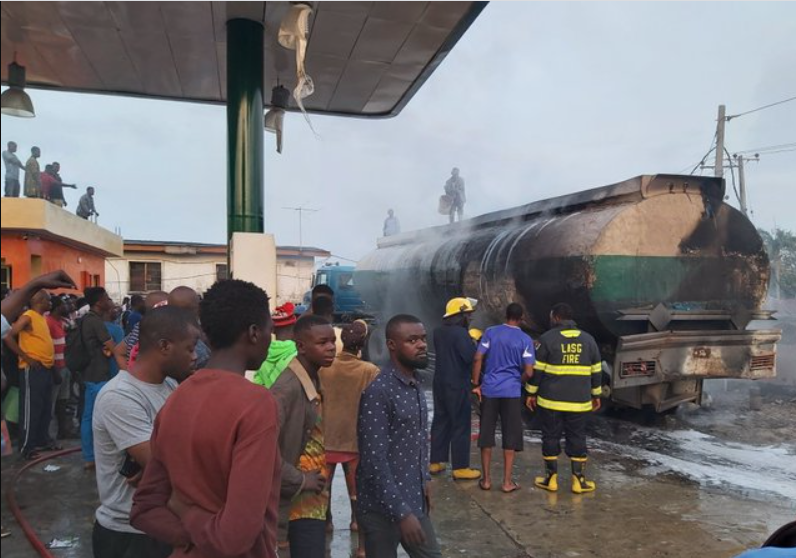 In new reports, a tanker exploded at a filling station on Ajayi Road, Ogba, Lagos State, on Tuesday morning, October 27, 2020.

According to eyewitnesses, the explosion occurred as a kerosene tanker was offloading at Yerevan Oil. It was also revealed that the fire was contained by the Lagos State Fire Service within an hour after nearby shops and a transformer had been burnt.

Here are photos and videos from the scene below, This comes not long after it was reported that a gas explosion rocked Best Roof Cooking Gas in Baruwa area of Alimosho Local Government of Lagos state in the early hours of Thursday, 8th October, 2020.

According to reports, the incident occurred in the morning and left residents of the community scampering to safety.

The explosion affected several houses, a primary school and other properties. It was gathered that four persons lost their lives while many others were severely injured