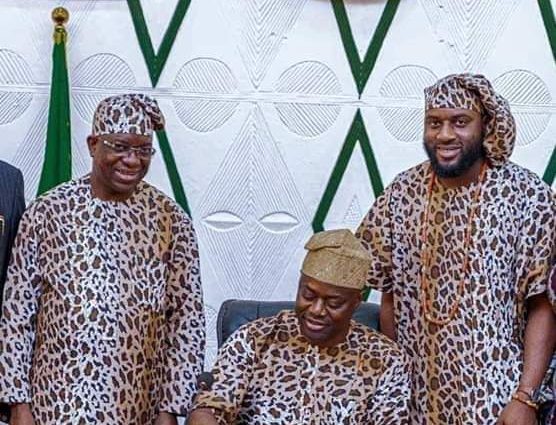 Governor Seyi Makinde of Oyo State, on Tuesday, said that he has ordered recruitment of 1,500 persons into Oyo State Security Network also known as Amotekun.

Makinde disclosed that the recruitment is with immediate effect.

He spoke when he met with artisans, drivers and representatives of youth groups in Ibadan, the State capital.

Makinde while addressing the residents charged them to work together with the state government to bring back enduring peace in the state.

He noted that Amotekun Corps would operate in all the 33 local government areas of the state.

Makinde while speaking further revealed that interviews have been conducted for the prospective officers.

He however pledged that residents should hold him accountable if any of the Amotekun Corps misbehaves.

“Our Police will come back now. Somebody talked about State Police. Well, that is a constitutional issue. We are putting the request forward because members of the State House of Assembly are here. Oyo State alone cannot make the reforms.

“But while we are waiting for that, Oyo State has passed a law for the operation of Amotekun. Only yesterday (Monday), I signed off for them to immediately recruit 1,500 personnel. They have conducted an interview and I am sure that personnel will start their training by the 1st of November and we will have the passing out for them about the 15th of November.

“We have 351 wards in Oyo State and I give you the assurance that you will see an Amotekun operative in all the wards in the state. They will work hand in hand with the Police authority, but they will also report to me directly. And I will take the responsibility for their actions. If any Amotekun operative in any corner of Oyo State behaves unruly, hold me accountable.

“So, I want you all to go back, support our traditional rulers. Let the people know that both the Police and the people have to come together, work together and build a better society together”.