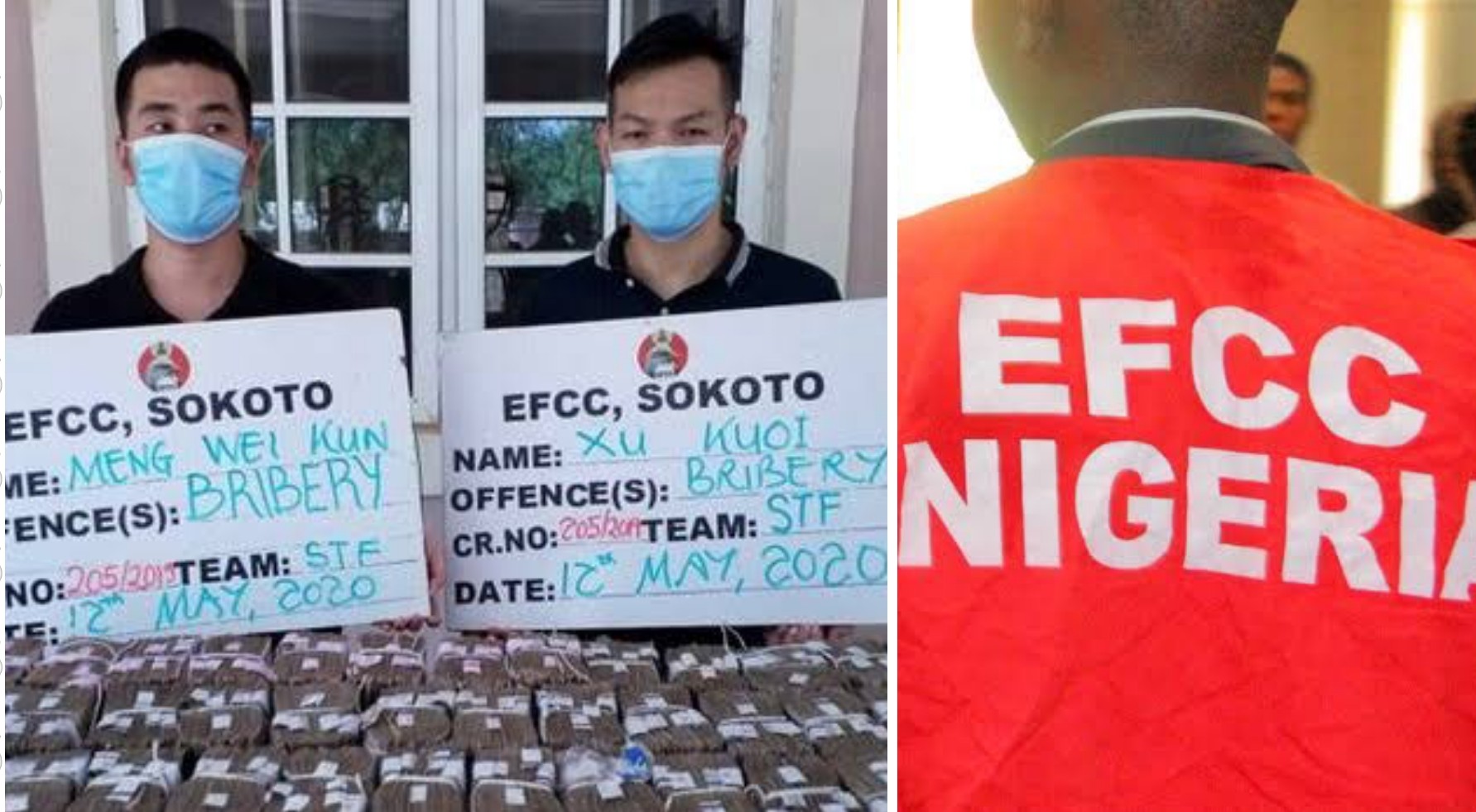 A statement signed by its spokesperson, Wilson Uwujaren, said the duo were docked before Saleh Idrissa of the Federal High Court, Sokoto, on a three-count charge of conspiracy and money laundering to the tune of N50million.

The EFCC had arrested the defendants in May for allegedly offering a bribe to an official; in a bid to compromise ongoing investigations of a construction company, China Zhonghao Nig. Ltd.

The firm handled contracts awarded by the Zamfara State Government for the construction of township roads in Gummi, Bukkuyun, Anka and Nasarawa towns; and 168 solar-powered boreholes in 14 local government areas of the state between 2012 to 2019.

On May 23, the trial court had granted the defendants bail in the sum of N5 million each with two sureties in like sum, one of whom must be resident in the state.

According to the statement, the defendants pleaded not guilty to all the charges.

The prosecution counsel, S.H. Sa’ad, asked the court for a commencement date of trial and prayed the court to remand them in prison custody, while defence counsel, A. T. Hassan, informed the court of a bail application he filed on behalf of the defendants and urged the court to grant them bail.

The judge ordered that they be remanded in EFCC custody and adjourned the matter till October 29, 2020, for the hearing of the bail application.