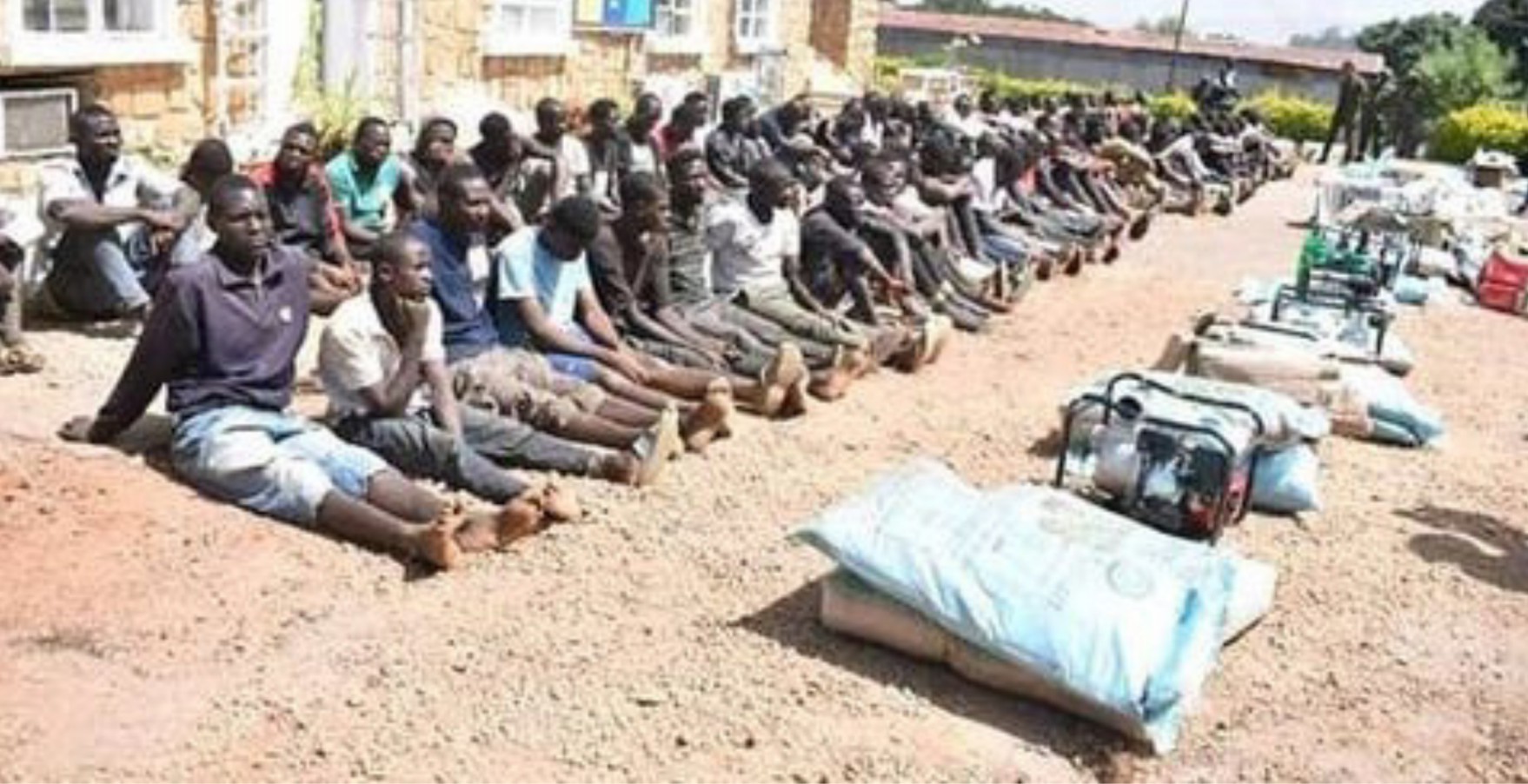 The Kogi State Police Command has paraded 56 suspects alleged to have involved in the looting and vandalisation of properties worth several millions of naira in Lokoja under the guise of EndSARS protests.

Hoodlums, on Sunday night and Monday morning, went on rampaged in Lokoja, the state capital of Kogi State and invaded several warehouses and looted materials in the name of COVID-19 palliatives.

However, Parading the suspects at the command headquarters, in Lokoja, the commissioner of Police, Ayuba Ede, said this was in compliance with the directives of the Inspector-General of Police, Mohammed Adamu, to reclaim the public space and restore normalcy across the federation and to bring an end to wanton violence, killings, looting and destruction of public and private properties and to get rid of criminal elements masquerading as protesters in some parts of the country.

He noted that consequent upon the reports of looting of some government facilities across Lokoja metropolis, he mobilized and personally led other heads of security agencies and coordinate the operation to halt further slide into lawlessness and brigandage.

“I am pleased to inform you that the ongoing operation which has been carried out with dedication and passion led to the arrest of 56 suspected looters of Agricultural Development Project, Essential Drugs warehouse and the Federal Ministry of Agriculture Offices in Lokoja and recoveries of some looted items.

“18 suspected looters were arrested in connection with the looting and vandalisation of items from stores of the Ministry of Agriculture and entire premises of Agricultural Development Project (ADP) Located at Felele, Lokoja.

“Nine suspected looters are arrested in connection with the breaking and looting of the warehouse of Essential Drug, properties of Kogi state government.

He mentioned that further investigation led to the arrest of additional thirteen suspects in connection with the breaking and looting of Essential Drugs at the Kogi State Agricultural Development Project and the Ministry of Works warehouse and carted away items and equipment values yet to be ascertained.

“All the suspects will be arraigned in court on completion of the investigation,” he stated.

He, therefore, used the medium to advise the Law-abiding people in the state to go about their lawful businesses, however, warned all miscreants that the Command in synergy with other Security agencies in the state will not hesitate to apply the full wrath of law against persons who take the law into their hands.

“Finally, the renewed commitment of the Command to sustain the tempo of the fight against criminality in the state and guarantee protection of life and properties remain unequivocal and unwavering,” he said.