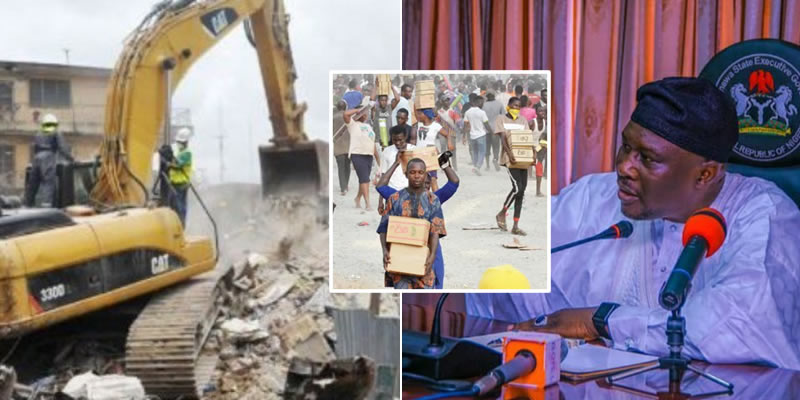 Following the massive looting of palliatives, Governor Ahmadu Fintiri of Adamawa State has vowed to demolish houses of looters if they fail to return looted items within given 12 hours.

The governor, who made a broadcast Tuesday evening amid a 24-hour curfew he imposed earlier on Sunday following looting of government and private warehouses by thugs who went wild in the guise of End SARS protests, said the havoc done by the thugs especially mass looting around the state capital, Yola, was horrendous.

This ultimatum will expire at 6:00 am on Wednesday, 28th – October, 2020, after which I will sign an Executive Order for a house-to-house search to commence by 7:00 am of the same day.

Part of the provision of the order is a sanction that will attract withdrawal of C of O and if necessary, demolition of every house that habours any of the stolen properties. Law abiding citizens should cooperate with the security agencies to ensure this is enforced to the letter.”

He said he had received briefings of what had happened since Sunday morning, and listed places that were affected.