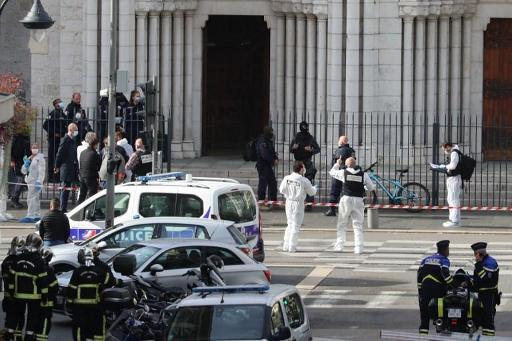 A man attacked several people with a knife in the Notre Dame basilica in Nice, France, around 9:00 AM on Thursday.

At least three people died and several were injured, according to the police, who said that one woman was beheaded, Reuters reports.

Police have arrested the perpetrator of the attack, tweeted Nice mayor Christian Estrosi. “I confirm that everything points to a terrorist attack in the Basilica of Our Lady of Nice,” he added.

France’s National Antiterrorist Prosecutor’s Office (PNAT) announced that it had opened an investigation for “murder and attempted murder in connection with a terrorist undertaking” and “criminal terrorist association.”

The RAID team (in charge of Search, Assistance, Intervention, Deterrence) and the BRI (the Research and Intervention Brigade) combed the building while the neighbourhood was evacuated and cordoned off.

The attacker was injured during his arrest and was taken to a hospital, a police spokesperson said.

Interior Minister Gérald Darmanin announced that a crisis meeting at the Ministry of the Interior was underway. Both Prime Minister Jean Castex and President Emmanuel Macron left their duties to join the crisis unit.

The Elysée confirmed that Macron would head for Nice after the crisis meeting.